'I mean, come on': Fox News contributor smacks down Jason Chaffetz after he calls Trump impeachment 'a little too convenient' 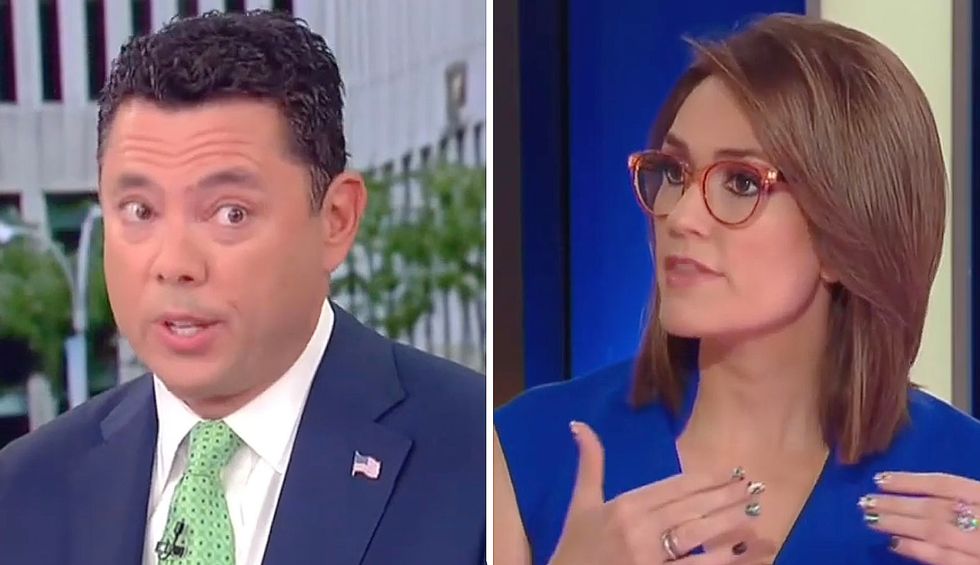 Jessica Tarlov and former Utah Rep. Jason Chaffetz have clashed more than once, and the two of them continued to clash on Tuesday over impeachment and reports that Attorney General William Barr has been visiting foreign countries and asking their governments to help him investigate FBI and CIA activities in 2016.

Appearing on Fox News’ “Outnumbered,” Tarlov was highly critical of Barr as well as President Donald Trump and his attorney, Rudy Giuliani, when speaking to Chaffetz, Harris Faulker, Melissa Harris and Kristen Soltis Anderson. Tavlov told the panel that Trump has been promoting a “dangerous conspiracy theory” by claiming that it was Ukraine — not Russia — that “hacked us in 2016…. This is what Rudy Giuliani is promoting, the so-called Crowdstrike theory. And if William Barr is over meeting with these allies in some way to undermine the central finding of the Mueller investigation — that it was the Russians that meddled in our elections — that is dangerous, and totally not his place.”

Tarlov described Barr’s activities as wildly inappropriate, asserting that Barr’s “conversations with foreign officers” are “undermining” the United States’ “intelligence agencies.” Not surprisingly, Chaffetz rushed to Barr’s defense as well as Trump’s. “That is exactly what the attorney general should be doing because he is going to collect evidence, wherever that evidence,” Chaffetz declared. “And unlike the Democrats, Republicans — in this case, Attorney General Barr — is going to collect that evidence.”

Chaffetz went on imply that the impeachment of Trump is merely a Democratic conspiracy based on fabricated evidence — a claim Tarlov found absurd.

“A lot of us, including myself, think that this whole impeachment thing is a little too convenient,” Chaffetz insisted. “A little too tied up. A little too perfect.”

Tarlov shot back, “So, this is all concocted? I mean, come on, Jason.”

Trump, Tarlov added, has “abused the power of his office.”