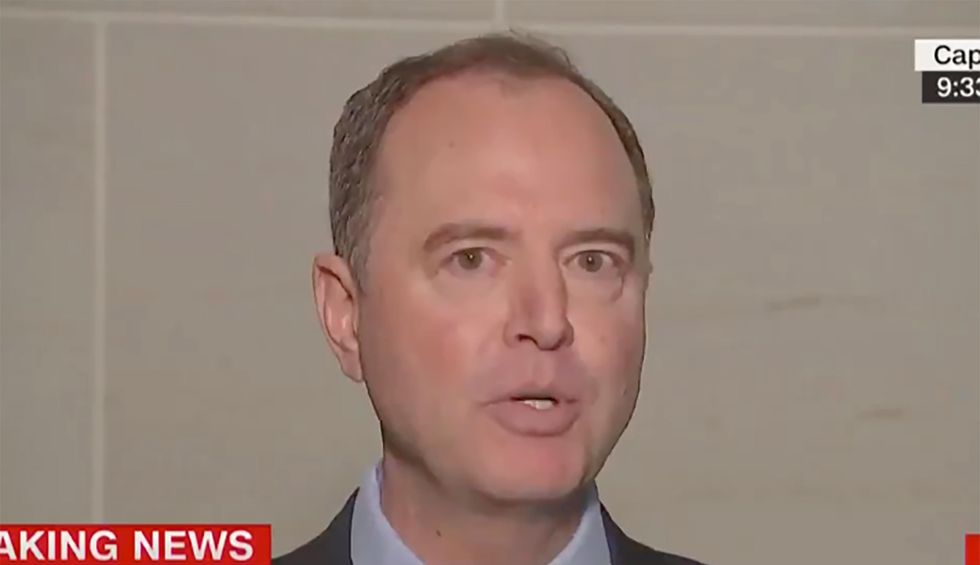 House Intelligence Committee Chair Adam Schiff made clear Tuesday morning that the White House blocking Ambassador to the European Union Gordon Sondland from a deposition in the impeachment inquiry could become part of an obstruction charge in that inquiry—but he stopped short of saying the House would hold anyone in contempt over it.

He added that Sondland is “an important witness on each” of the areas of his committee’s investigation: “whether the president solicited foreign help in a U.S. presidential election, again”; “whether a meeting that Ukraine desperately sought with the president at the White House was being conditioned on the willingness of Ukraine to investigate this bogus conspiracy theory about 2016 and investigate the Bidens”; “whether Ukraine was given reason to believe that military assistance it desperately needed to fight off the Russians was being withheld until it made commitments to do these political investigations for the president”; and “whether there has been an effort by the president, the secretary of state, and others to cover up this misconduct.”

The White House blocking Sondland from appearing, just hours before he was scheduled to do so, is pretty solid evidence of number four, the effort to cover up misconduct. Sondland is, his attorney claimed, “profoundly disappointed that he will not be able to testify.” But apparently not disappointed enough to quit the Trump administration and testify as a private citizen.

SCHIFF on Sondland not being allowed to testify & the administration withholding documents: "The failure to produce… https://t.co/mpunTZkK9y
— Aaron Rupar (@Aaron Rupar) 1570541846.0