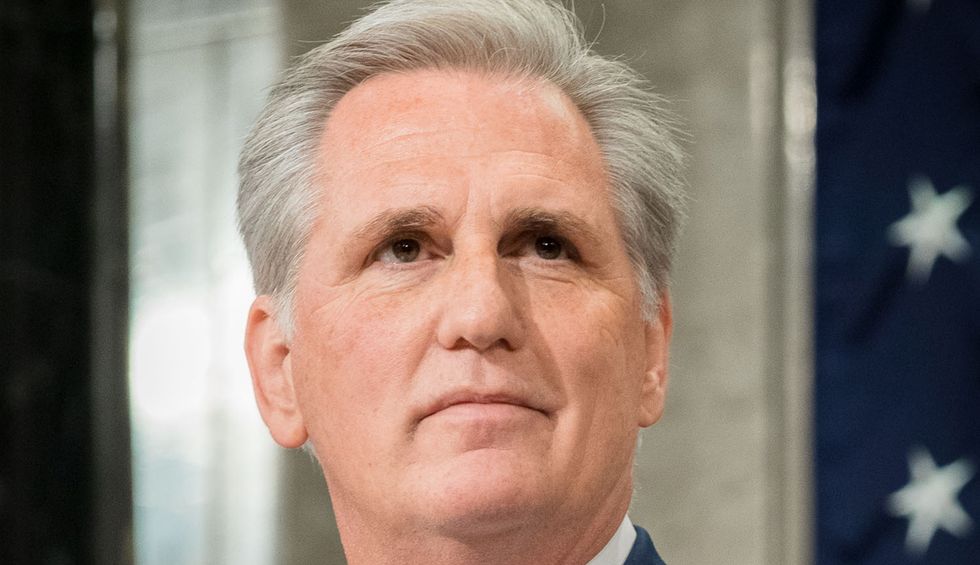 House Minority Leader Kevin McCarthy (R-CA) asked for a pause to the impeachment inquiry until House Speaker Nancy Pelosi (D-CA) agrees to map out Democratic strategy and give Republicans more control over the process.

The California Republican sent a letter Thursday to Pelosi demanding public answers to 10 questions that appear intended to give the GOP minority and the White House more power over the inquiry.

“I’ve written to Speaker Pelosi to halt the impeachment inquiry until we can receive public answers to the following questions,” McCarthy tweeted. “Given the enormity of the question at hand—impeaching a duly elected president—the American public deserves fairness and transparency.”

McCarthy asked the Democratic majority to put each subpoena request before a full committee vote, give ranking committee chairs subpoena power, and allow the president’s counsel to take part in all depositions, cross-examine and recommend witnesses, and present or object to evidence.

READ⬇️ I’ve written to Speaker Pelosi to halt the impeachment inquiry until we can receive public answers to the fo… https://t.co/sgXeXvYmg2
— Kevin McCarthy (@Kevin McCarthy)1570116006.0