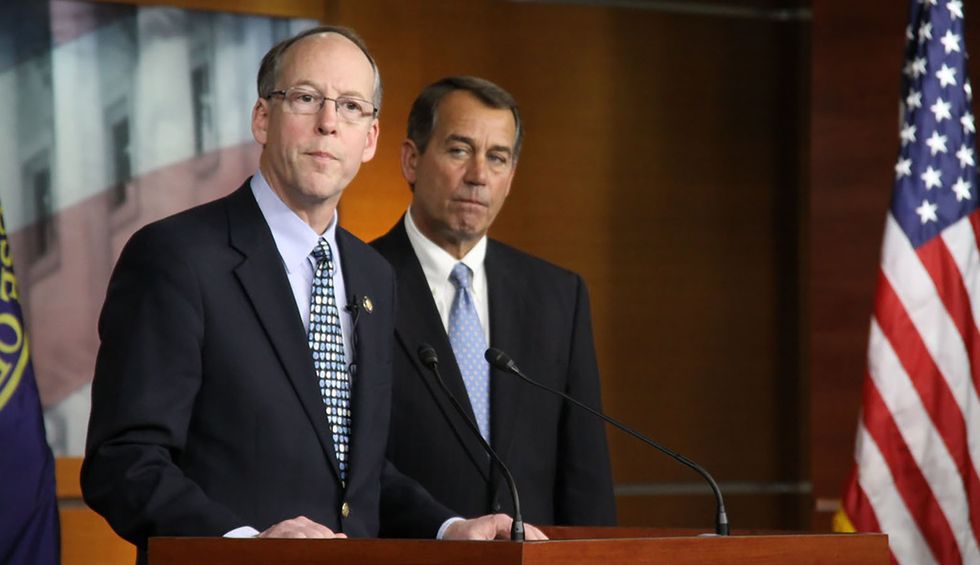 Longtime U.S. Congressman Greg Walden, Republican of Oregon, has just announced he will not seek re-election and will retire at the end of his term. Walden is the 21st Republican to have left or announced they will leave during the 116th Congress.

As nationwide support for the impeachment and removal of President Donald Trump grows, many Republicans appear to be realizing they likely will not win back the House in 2020 and do not want to conduct a re-election campaign.

In 2016 Walden was one of just seven House Republicans who actually changed their vote to defeat a measure to protect LGBTQ people, resulting in its defeat. The bill had actually passed but Republicans, under the leadership of Speaker Paul Ryan, left the clock open to allow members to change their votes.

Walden, a hard core conservative, is the Ranking Member of the House Energy and Commerce Committee. An 11-term lawmakers, he was first elected to Congress in 1998. He is 62 years old.