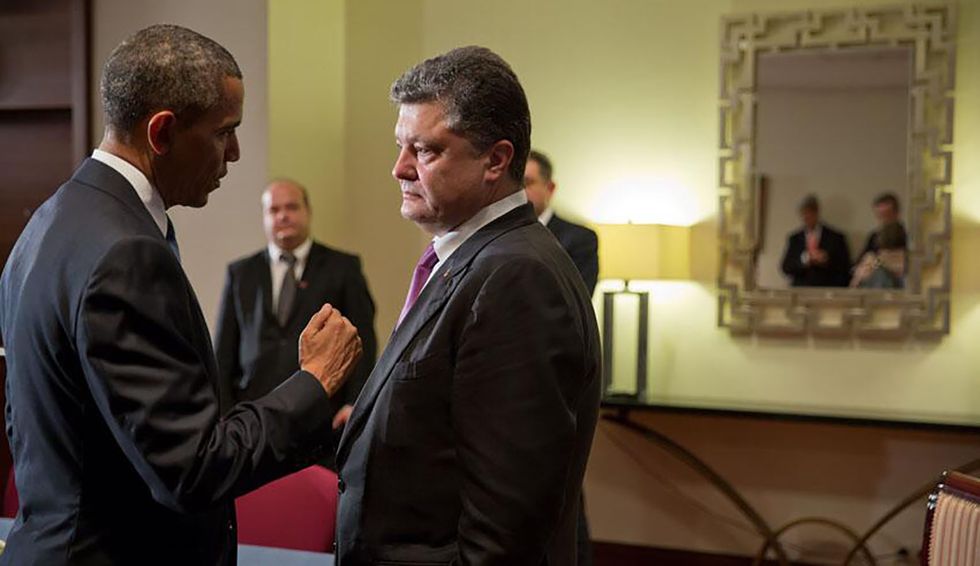 Ukraine’s former president categorically denied that Joe Biden had ever asked him to open or close any criminal cases, effectively knocking down President Donald Trump’s conspiracy theory about the former vice president.

Petro Poroshenko, who served as the nation’s president from 2014 until earlier this year, joined a growing list of Ukrainian officials who said they never saw Biden take any improper actions involving his son’s business work there, reported Bloomberg.

“The former vice president, at least in personal conversations, didn’t raise any requests to open or close any concrete cases,” Poroshenko told Bloomberg in a statement.

Poroshenko made similar comments in recent days to CNN and the Los Angeles Times.

Trump and his personal lawyer Rudy Giuliani have claimed, without any evidence, that Biden abused his government position in 2016 to push out Ukraine’s prosecutor general to stop an investigation of a natural gas company where his son Hunter Biden sat on the board.

Poroshenko and other Ukrainian officials have said that simply isn’t true.

The former Ukrainian president said Viktor Shokin resigned as prosecutor general three years ago after “massive campaigns” by activists, more than two-thirds of parliament and Ukrainian media seeking his ouster.

Poroshenko said he accepted the resignation to “restore public confidence and trust” in the country’s law enforcement.

He also denied that Ukraine had interfered in the 2016 U.S. election, as Trump has claimed, and said the country had always sought support from both American political parties in its territorial dispute with Russia.

“It’s very important to secure such support at this moment,” Poroshenko told Bloomberg. “It should not be harmed as the result of internal processes in the U.S. and should not depend on the outcome of the U.S. presidential election.”