Ex-Watergate special prosecutor explains why officials are defying Trump and testifying before Congress: ‘These people aren’t beholden to' him 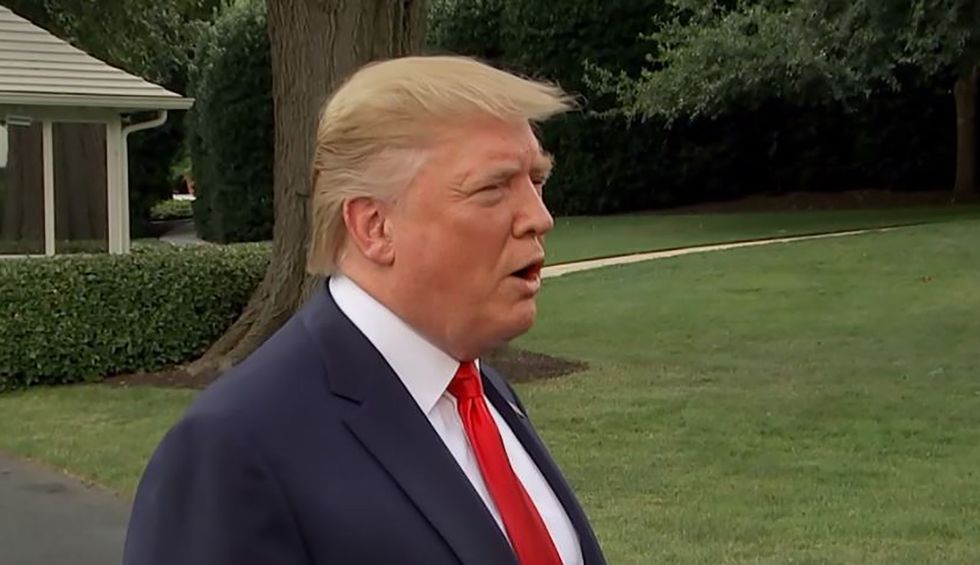 President Donald Trump and some of the loyalists in his administration — including White House Counsel Pat Cipollone — have been encouraging associates to defy subpoenas and not cooperate with House Democrats in their impeachment inquiry. But some Trump associates have testified nonetheless, including Marie Yovanovitch (former U.S. ambassador to Ukraine) and Fiona Hill (formerly Trump’s top adviser on Russia-related matters). And journalist Andrew Feinberg, a Washington, D.C. correspondent for The Independent, discussed these testimonies with former Watergate special prosecutor Nick Akerman.

During the Watergate scandal of the 1970s, Akerman was a major thorn in the side of President Richard Nixon. And Feinberg asked Akerman to weigh in on the fact that Yovanovitch, Hill and others have been willing to testify despite people in the Trump Administration asking them not to.

“The fact is, these people aren’t beholden to Donald Trump,” Akerman told Feinberg. “They’ve been subpoenaed, and that overrides Trump’s counsel’s statement. They have to obey the subpoena.”

Cipollone recently sent a letter to House Speaker Nancy Pelosi and other high-ranking House Democrats stressing that he had no intention of cooperating in their impeachment inquiry. But according to Akerman, none of the arguments in Cipollone’s letter were based on solid legal reasoning.

“That letter has zero legal force,” Akerman told Feinberg. “You don’t have to be a super lawyer to understand that.”

Looking back on the 1970s, Akerman recalled that Nixon also encountered people in the federal government who refused to cave into his demands. The attorney explained, “When Nixon tried to get the IRS to audit people on his enemies list, he got stymied because people in the civil service wouldn’t go along with the craziness and illegality.”

Akerman predicted that more Trump associates will be flipping on him in the future —and the former Watergate special prosecutor doesn’t believe that Trump inspires the degree of loyalty that Nixon did.

“If you compare it to Watergate, Nixon had real loyalists who’d lay and die in front of a steamroller for him,” Akerman told Feinberg. “Other than maybe his daughter and son-in-law, there aren’t a lot of people I’d put money on to take a bullet for (Trump).”

For his article, Feinberg also interviewed former Trump aide Sam Nunberg to discuss the series of testimonies. And Nunberg acknowledged, “People are showing up — and in a perfect world, it would be better for the president’s defense if they didn’t.”