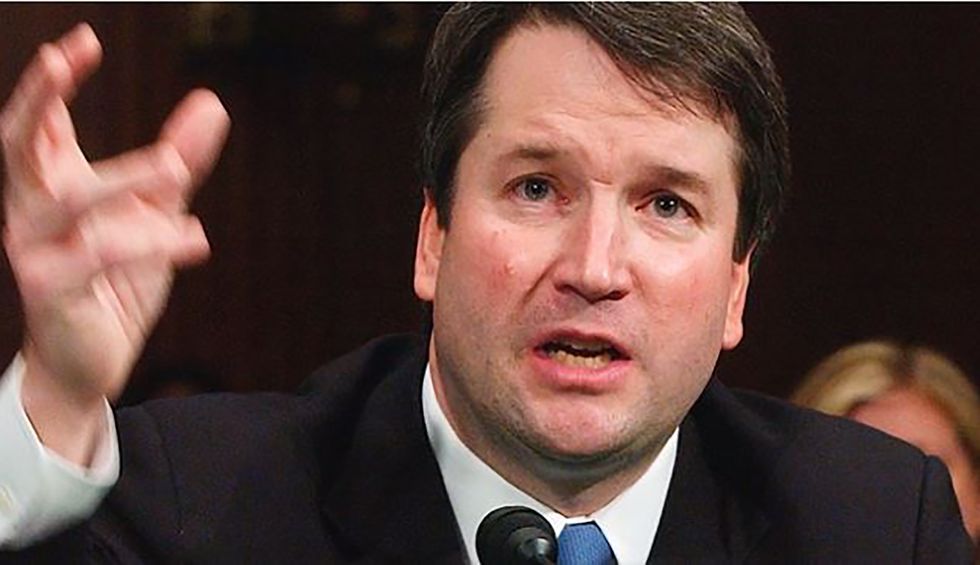 During the confirmation process for U.S. Supreme Court Justice Brett Kavanaugh in 2018, the Federal Bureau of Investigation (FBI) conducted a superficial background check. A Freedom of Information Act lawsuit was later filed, seeking information on that probe — and on October 25, the U.S.  Department of Justice (DOJ) filed a motion for summary judgement in response to the lawsuit, which Colin Kalmbacher discusses in an October 28 article for Law & Crime.

The Freedom of Information Act request was filed in October 2018 by Jason Leopold, a reporter for BuzzFeed News. Leopold, Kalmbacher notes, requested two documents: (1) “a copy of the final report sent to the White House and the Senate Judiciary Committee on either October 3 or October 4, 2018” on Kavanaugh, and (2) “all interview notes; investigative notes” pertaining to the FBI’s “investigation into allegations leveled against Mr. Kavanaugh.”

In 2018, Kavanaugh became the most controversial U.S. Supreme Court nominee since Justice Clarence Thomas in 1991. Palo Alto University psychology professor Christine Blasey Ford alleged that Kavanaugh had attempted to rape her at a party in Maryland in 1982 — an allegation he vehemently denied — and other women came forward with allegations of sexual misconduct against President Donald Trump’s nominee, including Deborah Ramirez and Julie Swetnick. But Ford was the only one who testified before the U.S. Senate during the confirmation process.

Kalmbacher, discussing Leopold’s lawsuit, explains, “at first, it seemed as if the FBI was keen to wash their hands of the Kavanaugh imbroglio; the agency uncharacteristically acknowledged the request and assigned it for expedited processing on the same day the Kavanaugh document request was filed. Then came the stonewall. A month passed, and the FBI produced zero responsive documents.”

After that, Kalmbacher notes, “nearly one year of legal wrangling followed.” And on Friday, according to Kalmbacher, “the FBI moved to have the case dismissed by arguing that they’ve already released enough information and that what they haven’t yet released is covered by one of the several statutory exceptions to FOIA.”

Kalmbacher notes that the court filing from Friday refers to information that is “unquestionably private” and “could subject Judge Kavanaugh and others to harassment or embarrassment in their private lives.”

The filing explains, “Much of the information requested by plaintiffs — both in the supplemental background investigation file and the tip records — relates to Judge Kavanaugh’s alleged conduct as a teenager and young adult — decades before his distinguished career in public service began — and does not concern the performance of his public duties.”

In 2018, Kavanaugh’s critics argued that given how disturbing the allegations being made against him were, the FBI should have conducted a much more thorough and comprehensive investigation of him.