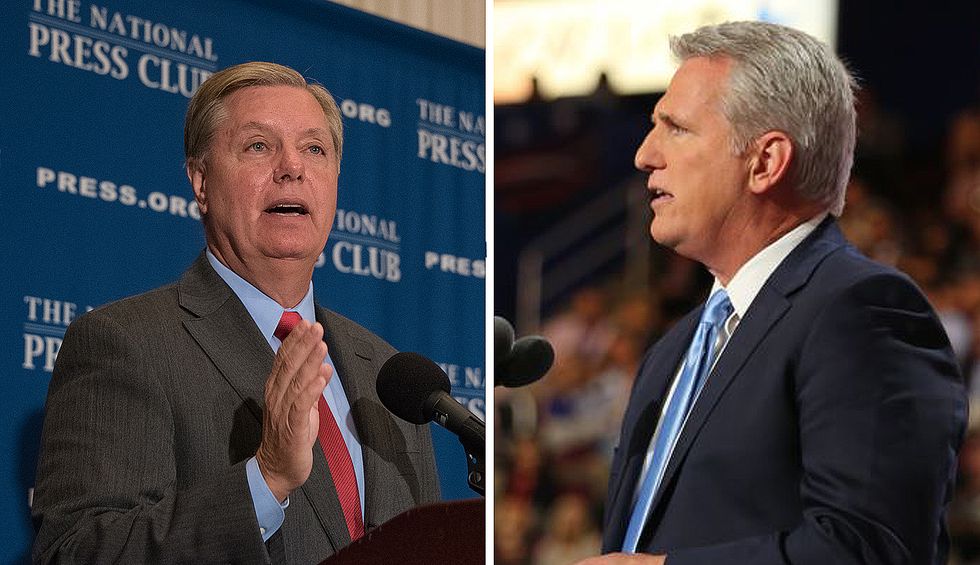 During his “Reality Check” segment on CNN’s “New Day,” contributor John Avlon laid waste to defenders of President Donald Trump who are trying desperately to make the Ukraine phone call debacle go away — and failing spectacularly in the process of doing so.

Jumping right into it, Avlon stated, “There’s some awkward moments because the facts of the Ukraine whistle-blower case are bad, and so the president’s defenders are sounding a little bit desperate in recent days.”

“First, there’s denial. President Trump set the tone here with a tweet, quote: “It was a perfect conversation with the Ukraine president.’ The all-caps doesn’t make it more convincing, Mr. President, we’ve seen the transcript you released and it’s not good,” he explained before taking a dig at Kevin McCarthy’s widely derided appearance on 60 Minutes. “Maybe the only person who hasn’t seen the transcript was House Minority Leader Kevin McCarthy.”

After sharing the clip of McCarthy’s flub, Avlon added, “Oops, as [Energy Secretary] Rick Perry might say, that deer in the headlights moment was awkward.”

Avlon then took after Sen. Lindsey Graham for trying to dismiss the whistleblower complaint as “hearsay.”

“The Merriam-Webster Dictionary defines ‘hearsay’ as the same thing as a rumor, unverified and unsubstantiated,” Avlon lectured. “The Trump inspector general found the complaint was credible and urgent — it’s been backed up by the call transcript — so it’s not hearsay. There’s the deep state dodge, which includes the accusation that the whistle-blower regulations were mysteriously changed weeks ago; that is false. Whistle-blower allegations have to be corroborated and that’s exactly what happened here.”

“This isn’t a comedy. It’s our country, and it’s really not that much to ask members of Congress to have a fact-based debate — and that’s your reality check,” he concluded.