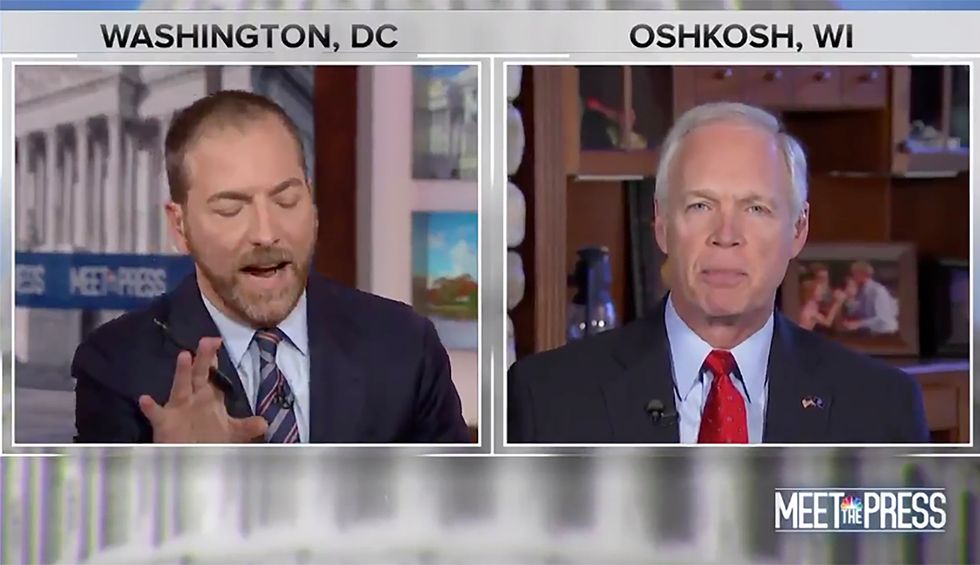 In a remarkably combative performance for Todd, he found himself shouting over the Republican and demanding he stick to the questions at hand.

With Todd attempting to press the Trump defender on the president’s Ukraine phone call, Johnson instead rambled, “You’ve got [former CIA director] John Brennan on, you ought to ask director Brennan, what did Peter Strzok mean when he texted Lisa Page on December 15, 2016, quote—.”

“What does this have to do with Ukraine?” Todd interupted.

“It has everything to do with Ukraine,” Johnson shot back.

“Because this is underlining exactly why President Trump is upset, and why his supporters are upset, with the news media,” Johnson exclaimed as both of their voices rose.

“Senator Johnson, please!” Todd snapped. “Can we please answer the question that I asked you, instead of trying to make Donald Trump feel better here that you’re not criticizing him?! I’m just trying to ask a simple question of what made you wince?”