Betsy DeVos held in contempt and gets $100,000 fine for gauging defrauded students 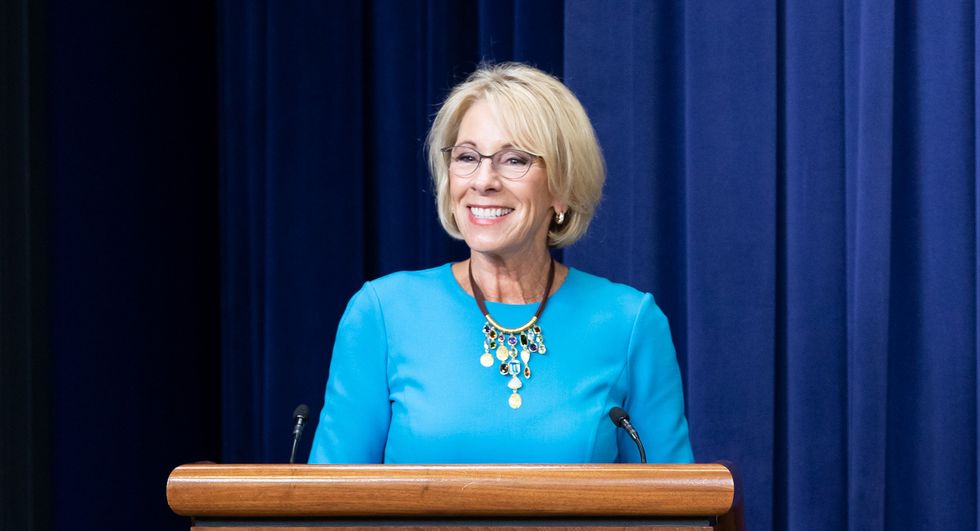 Education Secretary Betsy DeVos was held in contempt of court and slapped with a $100,000 fine (which the government will pay) for continuing to collect loan payments from students who were defrauded by the now-closed for-profit Corinthian Colleges. U.S. Magistrate Judge Sallie Kim had ordered the Education Department to stop collecting on loans owed by around 16,000 former Corinthian students, an order the Education Department mostly ignored.

In issuing the rebuke, Kim said that “the evidence shows only minimal efforts to comply with the preliminary injunction.” In some cases, the government even seized tax refunds or wages to collect the money that the former students were not supposed to have to pay.

When Sen. Elizabeth Warren confronted DeVos over this issue at a Senate hearing earlier this month, DeVos tweeted, “Loan servicers made an error on a small # of loans.” Again, 16,000 borrowers are involved. Blaming loan servicers is the Education Department’s strategy for responding to the contempt citation, because, as usual, when rich people like Betsy DeVos get called out on their abuses, they scream that it’s unfair and demand to evade accountability, even as they insist that students who were literally defrauded by a for-profit college should get no relief.

The Education Department is refunding “at least 3,200” of the borrowers, but 3,200 is a long way from 16,000. The $100,000 fine will go to help some of the students. The judge is also requiring the Education Department to provide monthly updates on what it’s doing to make things right, and if the agency continues dragging its feet, she might “impose additional sanctions, including the appointment of a Special Master to ensure compliance with the preliminary injunction.”