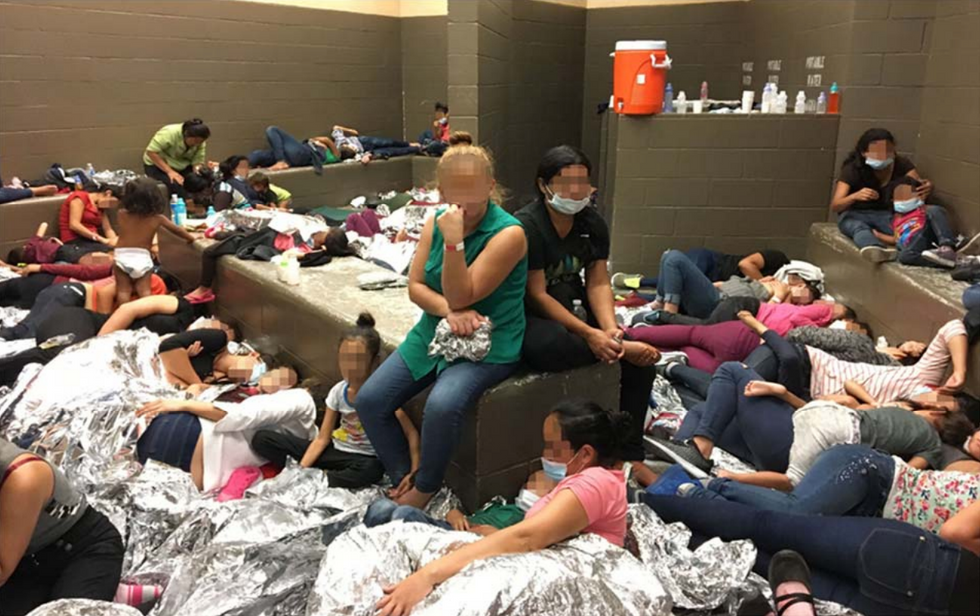 "Health insurance is hard enough for immigrants to access in this county; it's hard enough for citizens too," tweeted United We Dream. "Our healthcare system is shot and the Trump administration knows this. This is another economic and racist attack on a community who deserves healthcare in the first place."

The Trump administration's new rule, reportedly the idea of xenophobic White House adviser Stephen Miller, would require foreign nationals to prove they are wealthy enough to cover their own healthcare costs without government assistance.

"Medicaid doesn't count," the Associated Press reported. "And an immigrant will not be able to obtain a visa if using the Affordable Care Act's subsidies when buying insurance."

Larry Levitt, executive vice president for health policy at the Kaiser Family Foundation, said that "while lawful immigrants qualify for ACA subsidies, they'll be stuck in a catch-22 because subsidized coverage does not qualify as insurance under the proclamation."

As the Guardian reported, the Trump administration's rule—which is expected to face a torrent of legal challenges—"will be applied to people seeking immigrant visas, not those in the U.S. already. But it would apply to the spouses and parents of U.S. citizens."

In response to the new rule, the National Immigration Law Center (NILC) accused Trump of lashing out at immigrants "to distract us from his scandals," referring to the escalating impeachment inquiry sparked by the president's talks with Ukraine.

"Donald Trump is panicking, and using cruel attacks on immigrants to distract and sow fear," tweeted Castro. "Immigrants contribute more to this country than Donald Trump or Stephen Miller ever could—and their hate won't stop us from speaking out in defense of immigrants."

According to the New York Times, if the new policy is implemented, those seeking visas will "be asked by consular officers to show how they intend to be covered by health insurance within 30 days of arriving in the United States. That could include proof that they will have healthcare through a job or will be covered under a relative's insurance."

"If they cannot show that to the satisfaction of the consular office," the Times reported, "their visa will be denied."

Doug Rand, co-founder of Boundless Immigration, told Buzzfeed Friday night that the new policy "is as shameless as it is stunning."

"It will be chaotic to implement and guaranteed to separate U.S. citizens from their legal immigrant spouses and other close relatives," Rand said. "Was this drafted over lunch today in a desperate effort to change the news cycle?"