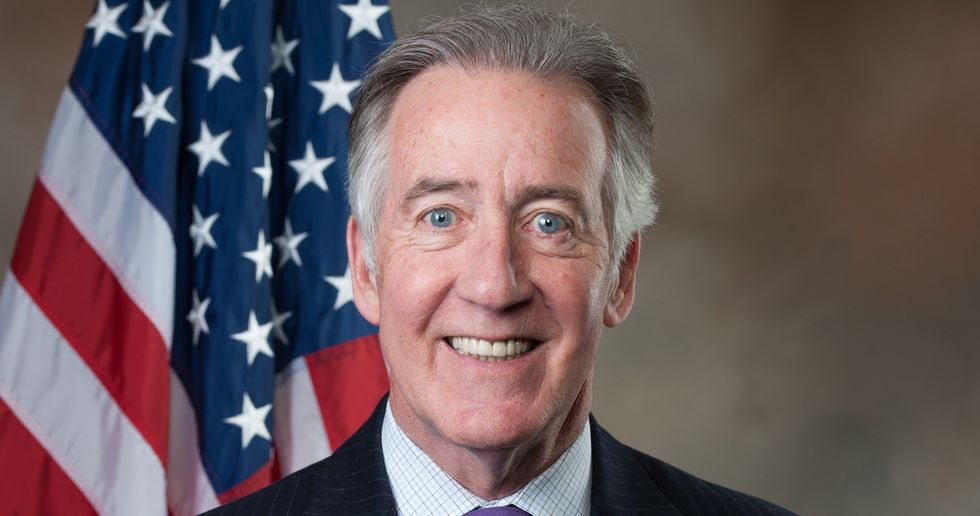 Rep. Richard Neal, Democratic chairman of the House Ways and Means Committee, has been dragging his feet on another potentially damning whistleblower complaint. That foot-dragging has apparently frustrated the whistleblower, an Internal Revenue Service official, who has now been in touch with The Washington Post. He and "multiple people familiar with the document" are talking to the Post to fill in some of the blanks and perhaps light a fire under Neal.

According to people familiar with the whistleblower's report, at least one political appointee in the Treasury Department "attempted to improperly interfere with the annual audit of the president's or vice president's tax returns." These are routine audits, routinely conducted by the IRS, which are supposed to be completely walled off from any interference from political appointees. The sources tell the Post this is the impetus behind the whistleblower report, which "focuses on the integrity of the government’s system for auditing the president’s and vice president's tax returns."

For his part, the career IRS official who blew the whistle confirmed to the Post "that he had filed a formal complaint and sent it to the tax committee chairs in both houses of Congress, including Sen. Charles E. Grassley (R-Iowa), and to the Treasury Department Inspector General for Tax Administration on July 29." He would not talk about the substance of his complaint but had a lot to say about the political attacks on the other whistleblower in the ongoing Ukraine investigation. He dismissed efforts by Republicans to say his report isn’t corroborated, and pushed for action. "That’s what investigations are for," he said.

He also dismissed charges that he is politically motivated. "I take very seriously the duty of career civil servants to act with integrity and perform our duties impartially, even at the risk that someone will make a charge of bias," he told the Post.

"I steadfastly refuse to discuss the substance or details of the complaint, but I have some legitimate concerns about reckless statements being made about whistleblowers," he said, adding that such statements "attack the messenger when the focus should be on the facts that were presented. I am concerned also by the relative silence of people who should be repudiating these dangerous attacks in the strongest terms."

House Democrats are frustrated with Neal, who's thus far refusing to address the complaint in hearings but is using it in the ongoing lawsuit he's filed to try to get Donald Trump's tax returns. That suit is with U.S. District Judge Trevor McFadden, a Trump appointee and campaign donor who also volunteered in the Trump transition. Another Democrat, Sen. Ron Wyden, wants action from fellow Finance Committee leader Grassley. "It would be negligent for the Finance Committee to fail to investigate a whistleblower’s allegations of political interference," he said. "A bipartisan committee effort to get to the bottom of this should have been started months ago." Maybe Wyden can make this happen where Neal won't.