Writer explains why Andrew Yang is resonating with his supporters 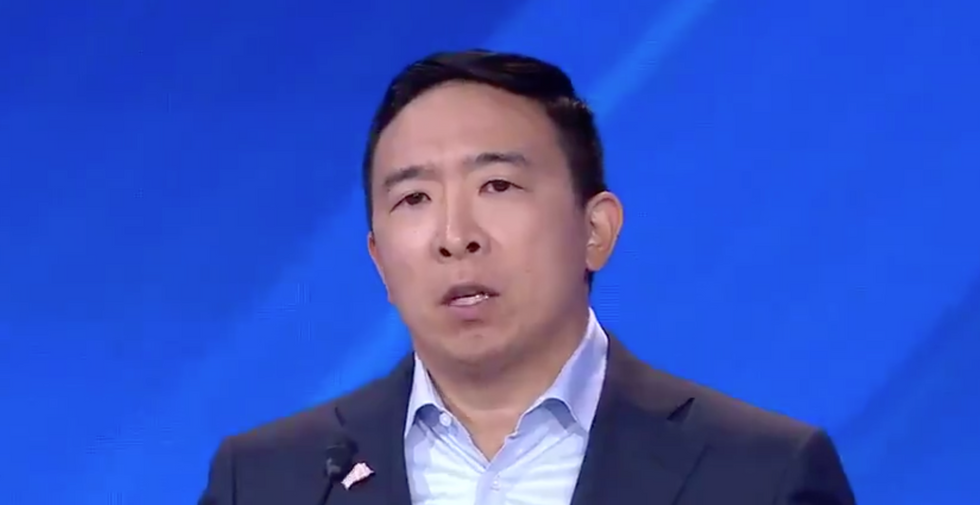 When Texas billionaire Ross Perot died in Dallas at the age of 89 on July 9, some political pundits described his 1992 presidential campaign as a precursor to President Donald Trump’s 2016 campaign. But journalist Peter Beinart, in a thought-provoking essay for The Atlantic, argues that Perot had a lot in common with another candidate: tech entrepreneur Andrew Yang, who is seeking the 2020 Democratic presidential nomination.

Granted, there are some ideological differences between Yang and Perot. While Perot was a conservative, Yang is clearly left-of-center politically. But Beinart sees an important parallel between the two: both launched populist campaigns that were primarily focused on economics and showed little or no interest in Culture War issues. And even though Yang is a long way from the Joe Biden/Elizabeth Warren/Bernie Sanders tier of the primary, Beinart argues that his obsession with economics is why he is resonating so strongly with his supporters.

Beinart contends that when it comes to the Culture War, there are “three sides.” One consists of  “progressives who believe that racism, nativism and misogyny powered Donald Trump’s rise and must be defeated.” And another consists of “conservatives who believe that Trump’s election was a response to ‘political correctness,’ the left’s effort to demonize as bigoted anyone who defends the traditions that made America great.” But Yang, Beinart stresses, represents a third group that considers the Culture War a “dangerous distraction” and believes that “bad economics” is “what’s killing America.”

In 1992, Beinart writes, Perot “tried to avoid the Culture War, which he saw as a distraction from America’s economic woes” — and Yang’s campaign is equally “economics-centric.”

“Over the past quarter century, two presidential candidates have mobilized these economics-first, Culture-War-indifferent voters into a potent force,” Beinart asserts. “The first was Ross Perot. The second is Andrew Yang.”

Beinart writes that the “clearest difference” between Perot supporters in 1992 and Yang’s supporters in 2019 is that Yang’s “are more racially diverse.” Nonetheless, Beinart contends, Yang is essentially offering “an updated version of Perot’s message. For the Texas billionaire, the root cause of America’s ills was debt. For Yang, it’s robots.”

By “robots,” Beinart is referring to Yang’s warning that automation could render countless U.S. workers broke and unemployed in the future. In 1992, Perot was equally concerned about Americans losing their jobs and denounced the North American Free Trade Agreement (NAFTA) as the “great sucking sound” of jobs leaving the United States.

Of course, Yang is by no means the only Democrat or independent ally of Democrats who had a lot to say about economics: Sen. Bernie Sanders, Sen. Elizabeth Warren and Rep. Alexandria Ocasio-Cortez have all discussed economics extensively. And on the Republican side, Trump has favored a pseudo-populism that — not unlike Patrick Buchanan — combines economic and Culture War themes. But while Trump and Ocasio-Cortez pick opposing sides in the Culture War, Beinart contends, Yang is mostly staying out it.

“By making automation the foundation of his campaign, Yang is building a populist movement that resembles not Trump’s or Alexandria Ocasio-Cortez’, but Perot’s,” Beinart emphasizes. “It’s a movement of people alienated from political elites not because they disagree with them on abortion, immigration and guns, but because they think elites use abortion, immigration and guns to distract from the economic dangers that matter most.”

And viewing politics in such decidedly economic terms, Beinart writes, is a major plus to Yang’s supporters.

According to Beinart, “The robots aren’t going away, which is one reason that Andrew Yang — or at least Yangism — will also likely be with us for many years to come.”