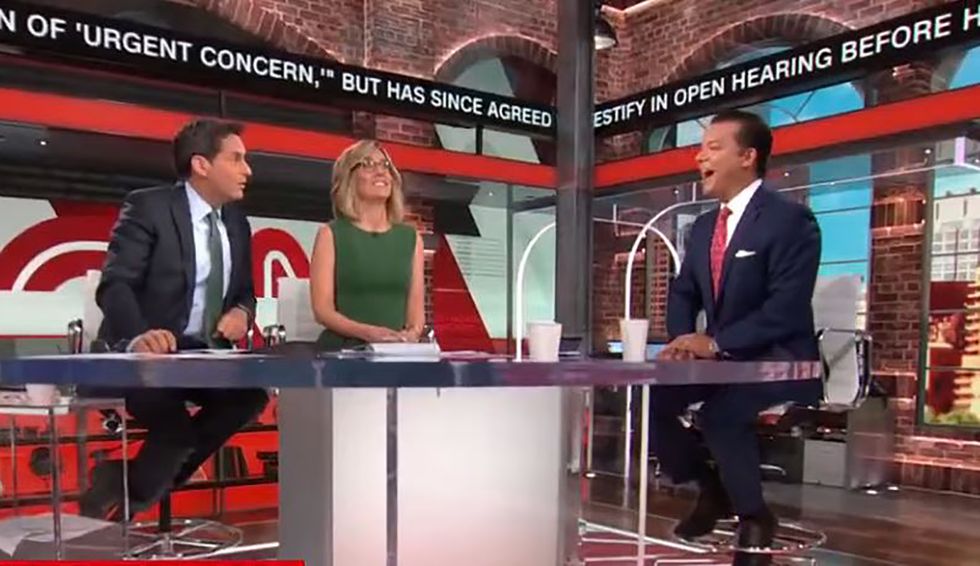 Addressing a bombshell report from the Washington Post that President Donald Trump made a “promise” to an unidentified world leader that “prompted an official in the U.S. intelligence community to file a formal whistleblower complaint with the inspector general for the intelligence community,” CNN’s John Avlon said it was a sign intel officials regard the president as a “security risk.”

Speaking with hosts John Berman and Alisyn Camerota, Avlon noted that the whistleblower is a Trump appointee which makes formal complaint all that much more alarming.

“A Trump appointee thinks this is of such concern that Congress needs to know,” Berman began. “The question is: what was the promise, to whom, and what does it say about the president’s notion of intelligence?”

“Occasionally it goes beyond that,” he continued. “This goes back to early days of the administration when the president disclosed classified information to the Russian foreign minister, and that began a pattern of deep distrust with the intelligence community. ”

“Here you also see another pattern,” Avlon explained. “You have an acting DNI, acting director of national intelligence caught in between the whistle-blower which can be confirmed by the inspector general. Where is the accountability between the branches of government? Will he be able to disclose what information is out there? Because this Washington Post report is a bombshell and more information is needed for the oversight.”

Later in the segment, host Camerota noted that Trump has a reputation for using an unsecured phone to speak with foreign officials, leading Avlon to quip, “What could possibly go wrong?” before adding, “This is against the backdrop of normalization. We’re getting used to behavior that is irresponsible bordering on dangerous or people showing outright contempt for Congress. It’s being baked in the cake and that’s a real danger and that’s why there needs to be accountability.”