We just witnessed ‘one of the most explicitly racist moments of all time in a Democratic debate’: author 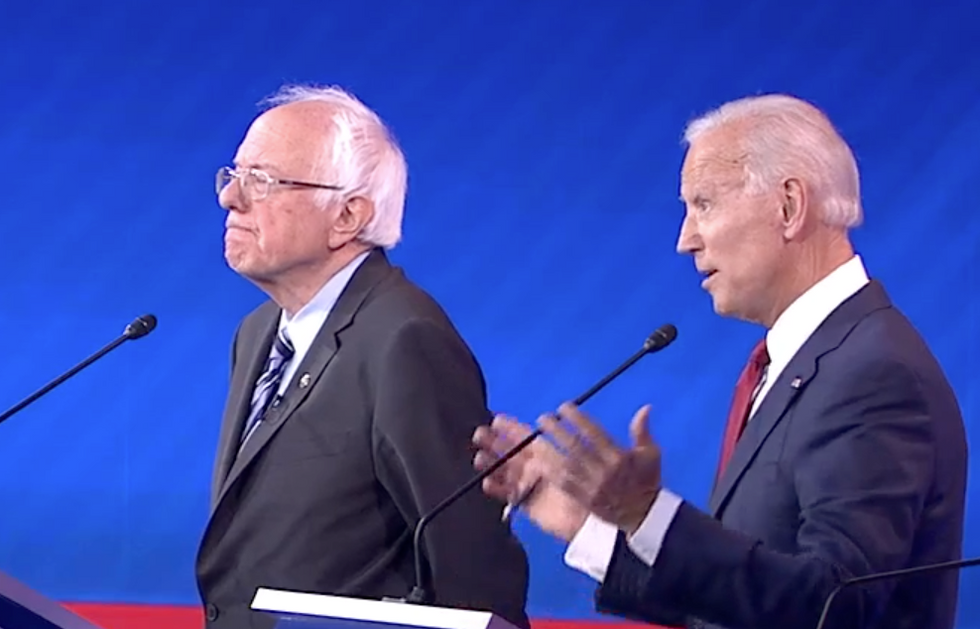 Joe Biden puzzled many viewers by suggesting that parents play records for their children to help overcome the legacy of slavery, but author Anand Giridharadas was outraged.

The former New York Times columnist and author of the best-selling “Winners Take All: The Elite Charade of Changing the World” described Biden’s remarks as “appalling and disqualifying.”

Biden was asked about the legacy of slavery, and the former vice president urged parents to spin records for their children to help improve their vocabulary before entering school.

“We bring social workers into homes and parents to help them deal with how to raise their children,” Biden said. “It’s not that they don’t want to help. They don’t know quite what to do. Play the radio. Make sure the television — excuse me, make sure you have the record player on at night.”

“It is a whole new level of racism to say that the way to repair the legacy of slavery is for black people to stop refusing to give music to their kids,” Giridharadas said.

“This is the frontrunner,” he continued. “Currently, the most likely nominee. This is how he talks about African-Americans, who are the beating heart of his party.”

“Let’s be clear: If you are for Biden in this contest, the casual, paternalistic, ‘Mad Men’ -era racism he flaunts — they can’t parent; this one here is clean, articulate, and a nice-looking guy — isn’t a dealbreaker for you,” Giridharadas added.