Watch: Woman says her 'Christian beliefs' prevent her from renting out a venue for an interracial marriage 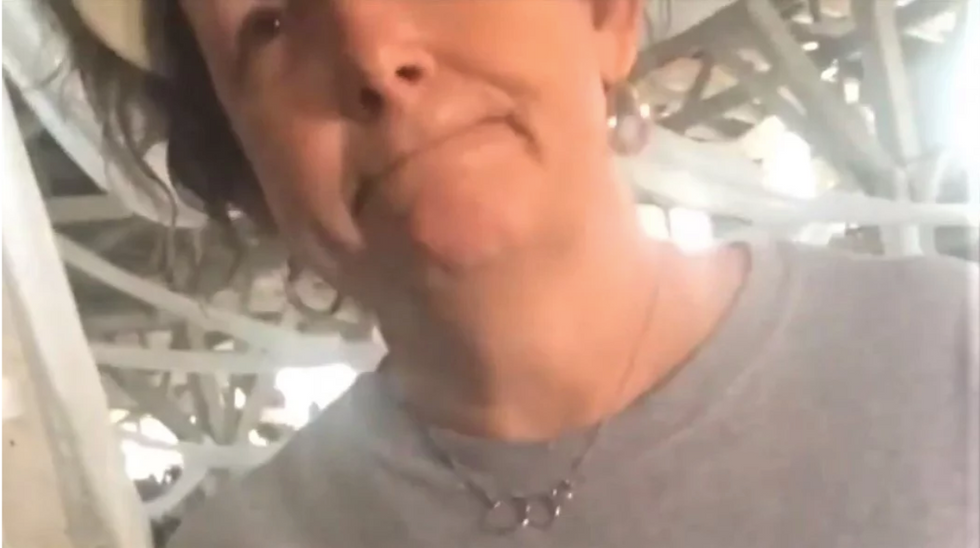 When the U.S. Supreme Court’s landmark decision in Obergefell v. Hodges — which in effect, legalized same-sex marriage in all 50 states — was handed down in 2015, Christian fundamentalists who opposed the ruling sounded a lot like the segregationists of the 1950s and 1960s who argued that if certain states wanted to discriminate along racial lines, they should be allowed to rather than having to adhere to a national standard. Some white Christian fundamentalists oppose both same-sex marriage and interracial marriage, and in Booneville, Mississippi, one such business appears to be Boone Camp Event Hall.

When an interracial couple wanted to use Boone Camp, according to Deep South Voice’s Ashton Pittman, they were told that the event hall doesn’t accommodate either interracial marriage or same-sex marriage. LaKambria Welch, Pittman reports, was hoping that her brother (who is black) and his fiancée (who is white) would be able to rent the hall for their wedding. But Welch was told by a female employee that because of Boone’s Christian beliefs, the venue had a policy against interracial marriages — and noted that it had a policy against same-sex marriages as well.

The employee, according to Pittman, told Welch, “First of all, we don’t do gay weddings or mixed race, because of our Christian race — I mean, our Christian belief.”

Welch replied, “OK, we’re Christians as well” — and when Welch went on to ask what in the Bible prohibits interracial marriages, the woman responded, “Well, I don’t want to argue my faith.”

Welch told Deep South Voice, “The owner took a look at my brother’s fiancée’s page and wrote her back to say they won’t be able to get married there because of her beliefs. He told my mom, and she contacted the owner through messenger to only get a ‘seen’ with no reply. That’s when I took it upon myself to go get clarification on her beliefs.”

According to another woman in Mississippi, Katelynn Springsteen, Boone Camp has refused to serve same-sex couples as well. Deep South Voice quotes Springsteen as saying that in 2018, “I was trying to find my best friend, who is lesbian, a wedding venue. I was immediately shot down when I was asked if they were OK with a gay wedding.”

Springsteen, according to Pittman, said she received a message saying, “Thanks for checking with us, Katelynn, but due to our Christian faith, we would not be able to accommodate you.”

Mississippi is among the red states that has passed some so-called “religious freedom” bills that allow businesses to refuse service to same-sex couples. The first was Mississippi Senate Bill 2681, a.k.a. the Mississippi Religious Freedom Restoration Act of 2014; the next was the more explicit Mississippi House Bill 1523, which was passed in 2016 and says it protects “sincerely held religious beliefs or moral convictions” that “marriage is or should be recognized as the union of one man and one woman.” However, 1523 (which was passed the year after the Obergefell v. Hodges decision was handed down) does not mention race.