Watch: Lawmakers erupt at NC GOP for jamming through budget vote while Democrats were attending 9/11 memorial 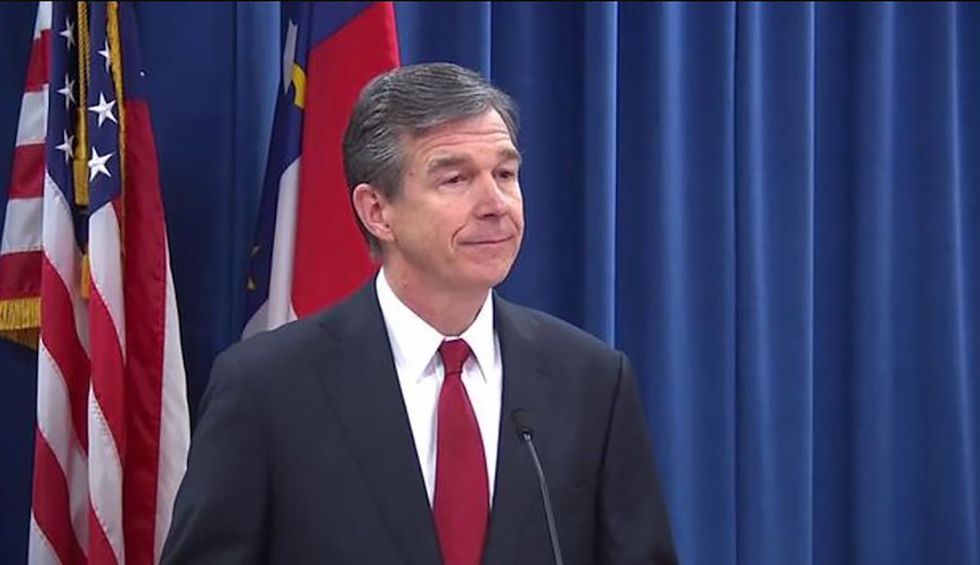 North Carolina Republicans are still bitter over the fact that Democrat Roy Cooper narrowly defeated incumbent GOP Gov. Pat McCrory in 2016, and three years later, there continues to be considerable tension in the state legislature. That tension was evidenced on the 18th anniversary of the 9/11 terrorist attacks when Republicans overrode a budget veto by Cooper while he and other Democrats were attending a 9/11 memorial event.

Cooper was at the event on Wednesday when Republicans in the North Carolina House of Representatives called a surprise vote. According to North Carolina State Sen. Jeff Jackson, almost half of the House members were absent when the vote was taken.

Jackson tweeted, “plainly unethical behavior by Republicans today. There have to be consequences for this kind of behavior. Just another lesson in why they must lose their majority.”

Cooper, following the 9/11 memorial event, held a press conference at 12 noon to discuss the House vote.

“For two months,” Cooper told reporters, “Republicans refused to offer a compromise or sit down at a true negotiating table with me. Democrats were told there would be no votes this morning; that was a bald-faced lie.”

The Democratic governor explained, “Today, on the 18th anniversary of 9/11, while the state was honoring first responders, Republicans called a deceptive surprise override of my budget veto. Unfortunately, it’s the people of North Carolina who lose. Teachers lose in this vote, with much less pay than they deserve.”

Cooper added, “Of course, the winners are the big corporations. They get yet another big corporate tax break at the expense of our state’s schools.”

Democratic North Carolina House Whip Deb Butler was furious with Republicans as well. And while Cooper was calm but irate during his press conference, Butler lost her temper — yelling, “You shall not do this to democracy in North Carolina!.... I will not yield! How dare you subject this body to trickery, deceptive practices, hijacking the process!.... If this is the way you believe democracy works, shame on you!”

Watch the videos below:

Butler_966 from John Autry on Vimeo.