UN climate report on oceans and frozen regions warns: 'Unprecedented transitions in all aspects of society' needed to sustain life on Earth 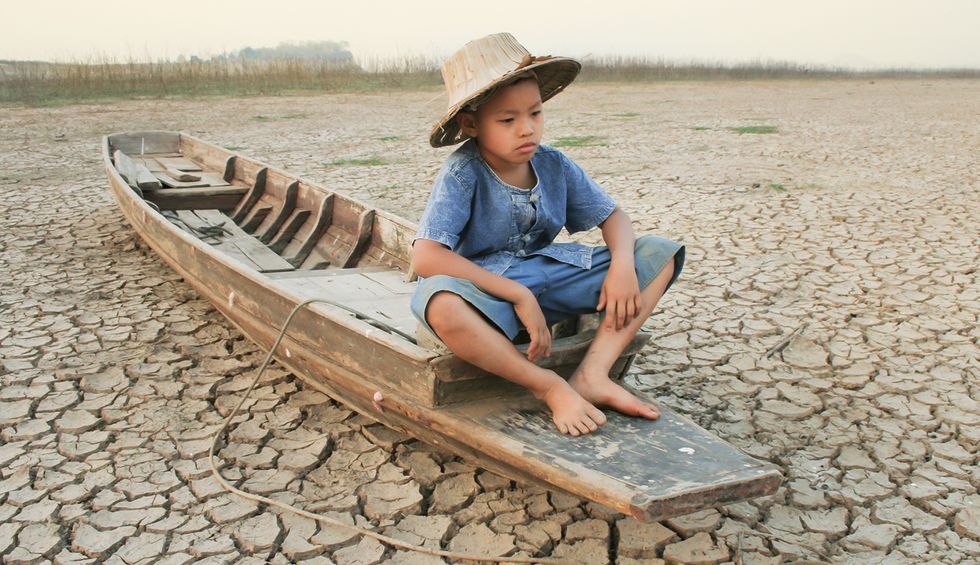 A landmark United Nations climate report published Wednesday details the observed and anticipated future impacts of planet-heating emissions from human activity on the world's oceans and frozen zones—and warns of the emerging consequences for humanity, marine ecosystems, and the global environment.

The Special Report on the Ocean and Cryosphere in a Changing Climate (SROCC) is a product of the Intergovernmental Panel on Climate Change (IPCC), a U.N. body that assesses the latest science related to the human-caused climate crisis. It follows recent IPCC reports on the consequences of 1.5°C of global warming above pre-industrial levels and the necessity of reforming land use practices worldwide.

Although a draft of the SROCC leaked to the press last month, the final version was released Wednesday after the world governments approved its Summary for Policymakers (pdf) at a meeting in Monaco Tuesday. For the new report, more than 100 experts from 36 countries examined research on the ocean and cryosphere, which includes Greenland and Antarctica's ice sheets, ice caps, glaciers, and areas of snow and permafrost as well as frozen lakes, rivers, and parts of the ocean.

The report presents projections for the future based on both low- and high-emissions scenarios, underscoring the urgent need for curbing greenhouse gas emissions by overhauling human practices, particularly the use of fossil fuels, on a global scale.

"We will only be able to keep global warming to well below 2°C above pre-industrial levels if we effect unprecedented transitions in all aspects of society, including energy, land and ecosystems, urban and infrastructure as well as industry," Debra Roberts, co-chair of IPCC Working Group II, said Wednesday. "The ambitious climate policies and emissions reductions required to deliver the Paris agreement will also protect the ocean and cryosphere—and ultimately sustain all life on Earth."

"The open sea, the Arctic, the Antarctic, and the high mountains may seem far away to many people. But we depend on them and are influenced by them directly and indirectly in many ways—for weather and climate, for food and water, for energy, trade, transport, recreation and tourism, for health and well-being, for culture and identity," noted IPCC chair Hoesung Lee. "If we reduce emissions sharply, consequences for people and their livelihoods will still be challenging, but potentially more manageable for those who are most vulnerable."

In recent decades, explains the SROCC's summary, "global warming has led to widespread shrinking of the cryosphere," from melting ice sheets and glaciers to thawing of the permafrost that spans a quarter of the northern hemisphere and stores massive amounts of carbon and methane—which, if released, would further heat the planet.

Changes to the planet's frozen zones "have impacted terrestrial and freshwater species and ecosystems in high mountain and polar regions," the summary says. "These changes have contributed to changing the seasonal activities, abundance and distribution of ecologically, culturally, and economically important plant and animal species, ecological disturbances, and ecosystem functioning."

Because of rising surface temperatures, the report projects more glacier mass loss, permafrost thaw, and declines in snow cover and Arctic sea ice extent through 2050. The Greenland and Antarctic ice sheets, it says, "are projected to lose mass at an increasing rate throughout the 21st century and beyond."

Kristina Dahl, senior climate scientist at the Union of Concerned Scientists (UCS), said Wednesday that "this loss of land-based ice will further accelerate rising seas levels, which will have stark implications for communities whose cultures, livelihoods or water supplies are glacier-dependent, as well for coastal communities across the globe more broadly."

IPCC experts found that the global sea level rose about 15 centimeters during the 20th century and has accelerated in recent decades because of ice loss from the Greenland and Antarctic ice sheets, melting glaciers, and ocean thermal expansion. The report warns that even if emissions are sharply reduced, global sea level could rise by 30-60 centimeters, or about 1-2 feet—and if emissions continue to increase, that rise could be up to 110 centimeters, over 3.5 feet.

The IPCC considers the likely range of sea level rise but not the worst-case scenario. Recent expert analysis... concluded that up to 238 centimeters of sea level rise remains possible by 2100, drowning many megacities around the world. "This cannot be ruled out," said Zita Sebesvari at the United Nations University, a lead author of the IPCC report.

Even if huge cuts in emissions begin immediately, between 29 centimeters and 59 centimeters of sea level rise is already inevitable because the ice caps and glaciers melt slowly. Sea level will rise for centuries without action, Sebesvari warned. "The dramatic thing about sea level rise is if we accept 1 meter happening by 2100, we accept we will get about 4 meters by 2300. That is simply not an option we can risk."

Historically, extreme sea level events have been rare, occurring about once per century. However, the report warns that under all emissions scenarios, such events are projected to happen at least once per year throughout the world—especially in tropical regions—by 2050. Broadly, the summary warns that "over the 21st century, the ocean is projected to transition to unprecedented conditions."

"It is virtually certain that the global ocean has warmed unabated since 1970 and has taken up more than 90 percent of the excess heat in the climate system," the summary says. "Since 1993, the rate of ocean warming has more than doubled."

"By absorbing more CO2, the ocean has undergone increasing surface acidification," it continues. Additionally, "marine heatwaves have very likely doubled in frequency since 1982 and are increasing in intensity," raising concerns about the implications for coastal ecosystems like coral reefs.

UCS's Dahl pointed out that "here in the U.S., communities are already suffering the consequences of the climate crisis in the form of increasingly frequent coastal flooding in places like the Jersey Shore and Miami and harm to shellfish fisheries from acidifying seawater in the Pacific Northwest."

Some contributors to the report said during a Tuesday press briefing they were most alarmed by the SROCC's big picture takeaways.

Noting that the report cites nearly 7,000 studies, coordinating lead author of chapter five and University of Tasmania professor Nathan Bindoff said that "this is the thing that you can't actually pick up in any single paper, which just announce some piece of particular research. It's the synthesis of all those things that's quite striking and extraordinary."

IPCC vice chair Ko Barrett agreed. As she put it: "I think more than any one finding, for me, it's the complete picture that's kind of surprising and frankly concerning about the changes that we're already seeing from the highest mountains to the bottom of the ocean and how these are kind of consistently being affected by human-caused warming."

"It would be very easy to dive into any number of the hundreds of findings in this report," Barrett continued. "So for me, it's actually the complete picture because the storyline that jumps out to me is how this is, in some ways, a report about water—water is the lifeblood of the planet—and the impacts that we're seeing to the source for this lifeblood and also, quite frankly, things that we can be doing to address the challenges we're facing."

"The science is both chilling and compelling," said Taehyun Park, global climate political advisor with Greenpeace East Asia. "The impacts of human-made carbon emissions on our oceans are on a much larger scale and happening way faster than predicted. It will require unprecedented political action to prevent the most severe consequences to our planet."

Mahir Ilgaz of 350.org charged that "continuing our fossil fuel addiction is akin to literally drowning ourselves."

"Unless we start substantially reducing fossil fuel use now and go completely fossil free by 2050 at the latest, hundreds of millions of people will be displaced due to rising sea levels," said Ilgaz. "Our marine ecosystems, already under stress from pollution and overfishing, will not be able to cope with unchecked climate change."

"We are not only damaging our life-giving oceans but we are also destroying their capacity as a carbon sink, risking even more runaway climate change," Ilgaz added. "It's time to stop this madness and preserve what we have. This means enacting radical policies to protect marine ecosystems, stop all new fossil fuel infrastructure, and phase out existing ones."

"Climate change is already here and our oceans are worse off because of that," said Kelsey Lamp, Environment America's ocean advocate. "We know that even small temperature variations can lead to changes in animal migration patterns, acidic water and bleached coral."

"It won't be easy to stall the momentum of decades of global warming pollution and minimize its damage," Lamp noted. "But we have the technology and know-how to move towards 100 percent clean, renewable electricity and transportation, and we should demand that businesses and governments that can make a difference take action."