Trump's failed Taliban peace deal was all about Trump. Meanwhile, the civilian death toll in Afghanistan is rising dramatically 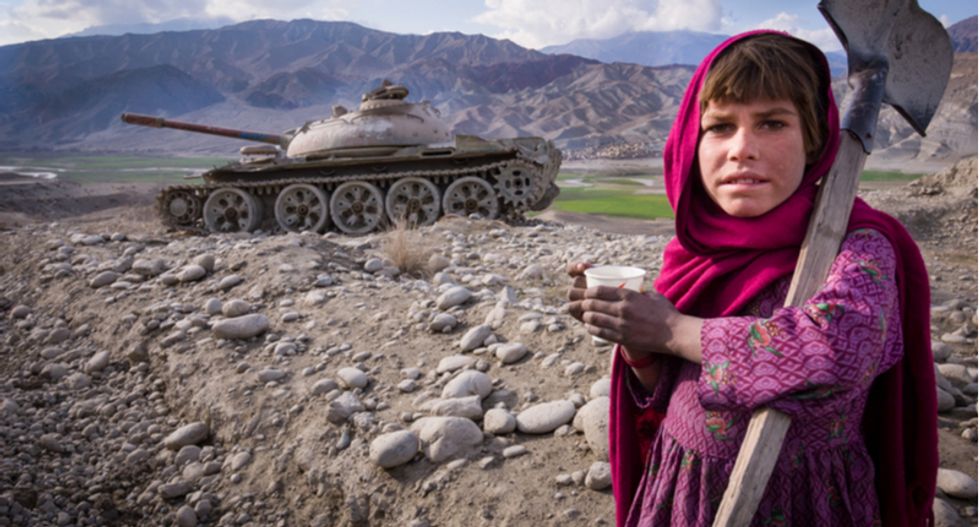 Nobody makes deals like Donald Trump. Whether it’s pulling out of the Iran nuclear deal, his inability to end his tempestuous trade war with China or his failure to secure concessions from North Korea, Trump’s “art of the deal” has been chaos, distraction and spin resulting in no substantive agreements to date. The latest example: a failed peace accord with the Taliban.

John Bolton is no longer the National Security Adviser, but it isn’t clear what that precisely means for Afghanistan.  As competing information is reported about whether or not talks are over and whether or not there ever was an actual meeting set for Camp David, Americans, Afghanis and the world are once again left wondering what comes next.

The now-defunct peace deal has reportedly been in the works for at least a year. Over that same time, the number of civilians killed in Afghanistan has been on the rise,  and the Trump regime has tightened and changed the rules regarding the release of information about those killed. The Pentagon went over a year without holding a briefing for reporters. One has to wonder why it took Trump angrily canceling this supposed Camp David meeting for the press corps to finally turn its attention to Afghanistan.

It’s hard to believe that today marks the 18th anniversary of the horrendous September 11th terrorist attacks which took the lives of nearly 3,000 people.  In the wake of that catastrophic tragedy, the United States launched a war – now its longest running war – in Afghanistan, and eventually, around the world through various military actions both overt and covert. The ‘war on terror’ hasn’t necessarily killed more violent extremists than it inspired, but it has resulted in the deaths of millions, trillions of dollars spent and the death of thousands of our own soldiers. It gave rise to groups like ISIS and destabilized an entire region.

And yet, if you examine the domestic media landscape over the last few years, you’d find scant to nonexistent coverage of our Forever Wars, let alone what precisely we are doing in numerous conflicts around the globe. During Trump’s presidency, critical war coverage has diminished even further, despite the fact that more civilians are being killed.

Earlier this year, the United Nations mission in Afghanistan concluded that airstrikes from the United States and Afghan security forces had killed more civilians than the Taliban in the first half of 2019.  Why aren’t journalists regularly questioning Trump and military officials about these startling facts? Maybe it’s because there hasn’t been an actual White House press briefing since March, or maybe because the Pentagon did not answer any questions during their first briefing in over a year this summer. Meanwhile, the Trump administration rolled back an Obama-era executive order to account for civilian casualties from airstrikes in several countries, including Afghanistan. Why isn’t this troubling information included in the conversation surrounding any proposed peace deal?  Why aren’t more journalists outraged over the increasing secrecy of those in power?

The Nation published an important piece last month highlighting the dramatic rise of civilian deaths in Afghanistan and the lack of accountability for those who caused them. According to the report, the International Criminal Court (ICC), has the authority to investigate crimes committed by the United States, but we are notably absent from the list of the court’s state parties (thanks to George W. Bush announcing a policy of noncompliance). In other words, the ICC can’t do anything when civilians are killed by the U.S. Who speaks for the countless dead in the many nations where we are actively engaged in?  Or are they just merely ‘collateral damage,’ lost in the endless abyss of war and conflict?

At the same time, the Taliban have expanded the territory under their control and stepped up attacks on the Afghani population even as its leaders sat down in Doha to hammer out a supposed peace deal with Trump. In just the first weeks of September, at least 179 pro-government forces and 110 civilians were killed in Afghanistan as negotiations took place, according to the Afghan War Casualty Report by The New York Times.  The worst of these attacks was in the Green Village, a compound for foreign nationals. Dozens were killed and hundreds wounded. The Taliban claimed responsibility; it was just the latest in a string of attacks that have caused pain, suffering and hell for the civilian population caught in between the madness.

The details of the now-paused peace plan included a Taliban guarantee not to allow Afghanistan to be used as a base to launch terrorist attacks outside of the country but there was no mention of halting attacks within Afghanistan. It appears that those civilian lives didn’t matter much to the negotiators.  And unfortunately, most Americans likely have no idea what is transpiring in Afghanistan (or a slew of other countries we are actively involved in for that matter), let alone the fact that negotiations with the Taliban were even taking place.

On Thursday, the next round of presidential debates takes place.  It would be nice if there were some substantive questions about foreign policy included. The fact that those running for the highest office in the land have yet to be thoroughly questioned on a debate stage about their positions on issues like Afghanistan is simply inexcusable. And the fact that most media outlets have failed to question candidates on this endless war is an abject failure of the 4th estate.

As the media ponder whether or not the Taliban should have been allowed to set foot in Camp David, obsess over Trump’s latest tweetstorm or debate whether Bolton quit or was fired, perhaps they should focus some energy on the fact that the Taliban now control more territory in Afghanistan than at any time since 2001, or that ISIS is actively preying upon and recruiting people in refugee camps brimming with those displaced from conflict zones and barred from finding safe haven elsewhere. If the purpose and stated goal of the war on terror - which has cost so much both monetarily and in human lives - was to eradicate terrorism, it raises the question: what mission have we accomplished 18 years later?