Trump is unraveling — and it is a nasty, venomous, bloodthirsty mess 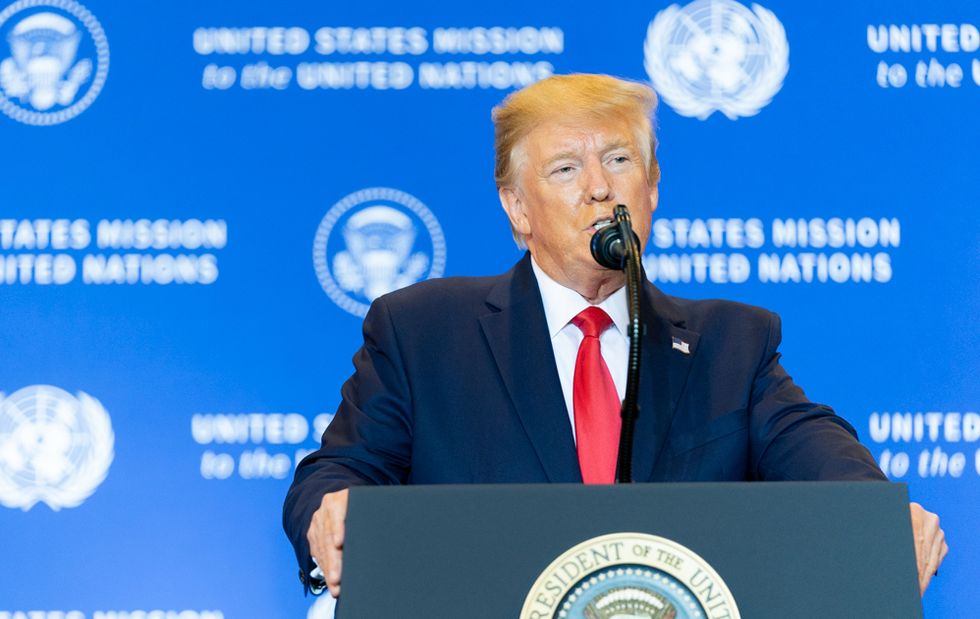 Amid Thursday's House Intelligence hearing on the whistleblower complaint, Donald Trump attended a private breakfast in New York and made clear that he is on a bloodthirsty mission to suffocate any administration official who dares speak ill of any of his actions.

“I want to know who’s the person, who’s the person who gave the whistleblower the information? Because that’s close to a spy,” Trump said at the closed-door event. “You know what we used to do in the old days when we were smart? Right? The spies and treason, we used to handle it a little differently than we do now.”

Pretty sure Trump's talking about tying cement blocks to someone and throwing them in the Hudson River—or whatever other mafioso fate you can think of.

Anyway, after threatening anyone who came forward, Trump turned to one of his favorite enemies: reporters. “You know, these animals in the press,” he said, according to the Los Angeles Times. “They’re animals, some of the worst human beings you’ll ever meet.”

“They’re scum,” Trump continued, as a cry of "Fake News!" rang out from his cultists. “Many of them are scum, and then you have some good reporters, but not many of them, I’ll be honest with you.”

In other words, most of them should get the cement treatment too. Remember that earlier this week Trump fantasized about Vice President Joe Biden "getting the electric chair," and we pointed out that the more trapped Trump feels, the nastier he will get. This is a continuation of a rapid slide into Trump's depraved mind. And it's only going to get worse. Witness Trump's early morning ALL CAPS rallying cry that he ultimately deleted because it was so. very. desperate. House Intelligence Chair Adam Schiff called Trump's threats in New York "a reprehensible invitation to violence against witnesses in our investigation. All Americans must denounce such witness intimidation," Schiff added.