Trump again blames Democrats for his legislative failures: 'No more infrastructure bills, no more anything' 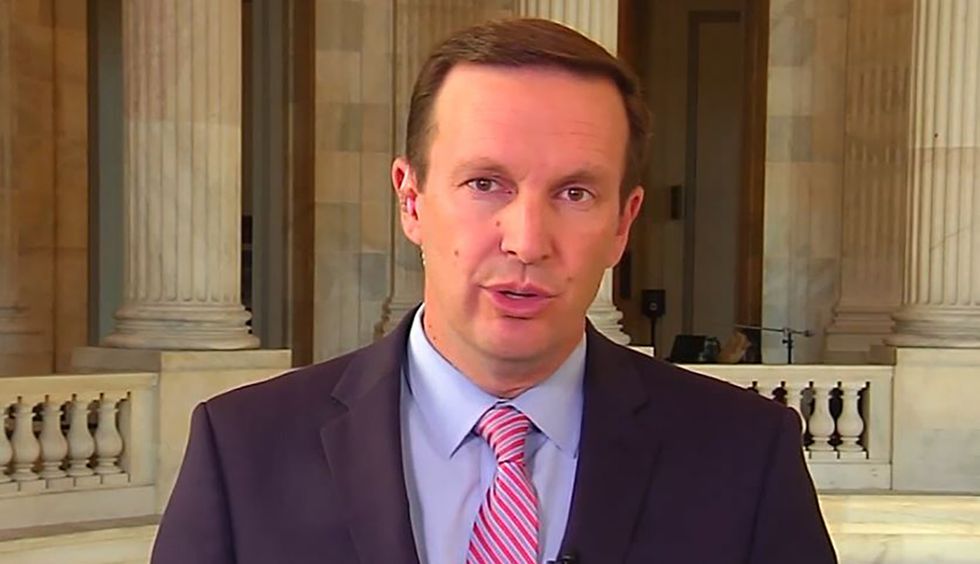 Republicans have ended negotiations on a bill that would expand background checks for gun purchases because of House Democrats’ push for an impeachment inquiry into President Trump.

A Senate staffer told Washington Free Beacon reporter Stephen Gutowski that “gun legislation is dead, at least for the time being, because of the impeachment inquiry” that House Speaker Nancy Pelosi announced Tuesday.

Gutowski reported that the White House was still floating proposals as recently as last week but “it seems the idea now is work on that front will slow or stop as White House focuses on impeachment.”

"I think the impeachment stuff sucks up all the oxygen but things can always change on a dime as happened this week," a second Senate staffer told Gutowski.

The report comes after White House press secretary Stephanie Grisham issued a statement blaming Democrats for destroying “any chances of legislative progress” by focusing on “partisan attacks” and now moving forward with their impeachment inquiry.

Sen. Chris Murphy, D-Conn., who had been talking with Republican colleagues on a bill that would expand background checks, told Politico that he hadn’t heard from the Trump administration for nearly a week before the impeachment announcement.

“I haven’t heard anything since Wednesday and I don’t think that’s coincidental to this crisis,” Murphy said, admitting that the impeachment push “may temporarily be the end of the road for a lot of legislative initiatives.”

“I understand calling for impeachment proceedings to begin could chill the administration’s interest in working with me on background checks,” Murphy said. “But this is about the future of the Republic.”

Sen. Pat Toomey, R-Penn., who had been talking with the Trump administration about a background checks proposal, also told Politico that he hadn’t heard from the White House since the middle of last week.

Murphy, who called for an impeachment inquiry this week, said it was an easy call because it already seemed “more likely than not that the president is going to side with the NRA once again.”

Sen. Dick Durbin, D-Ill., the No. 2 Democrat in the Senate, told Politico that the “ship may have sailed” on gun reform.

“There doesn’t appear to be any effort by the White House to try to find a reasonable bipartisan approach," he said. "The president’s word is not good."

Trump lashed out over the impeachment inquiry on Twitter, arguing that Democrats were “so focused on hurting the Republican Party and the President that they are unable to get anything done because of it, including legislation on gun safety, lowering of prescription drug prices, infrastructure, etc.”

In fact, the House has passed 395 pieces of legislation since January. McConnell has blocked nearly all of them and compared himself to the “Grim Reaper” as he vowed to block future legislation.

Ironically, the only major priority that was likely to pass both chambers of Congress was the USMCA, or Trump’s NAFTA 2.0 trade deal with Mexico and Canada, which MSNBC noted was “more of a priority for Trump than most lawmakers.”

This isn’t the first time Trump has threatened to end “legislative progress.” Trump similarly threatened to stop working with Congress entirely in January after Democrats took over the House and vowed to launch numerous investigations into his administration. He again vowed not to work with Congress in May after demanding the House shut down all investigation related to him.

Now Trump is once again blaming Democrats for failing to pass all the things he promised he would get done.

“Then they all wonder why they don't get gun legislation done, then they wonder why they don’t get drug prices lowered,” Trump told reporters Tuesday. “Because all they do is talk nonsense. No more infrastructure bills, no more anything.”