'They threaten Mike every week': Report says Trump is frustrated with Pence and his team wants to kick him off the 2020 ticket 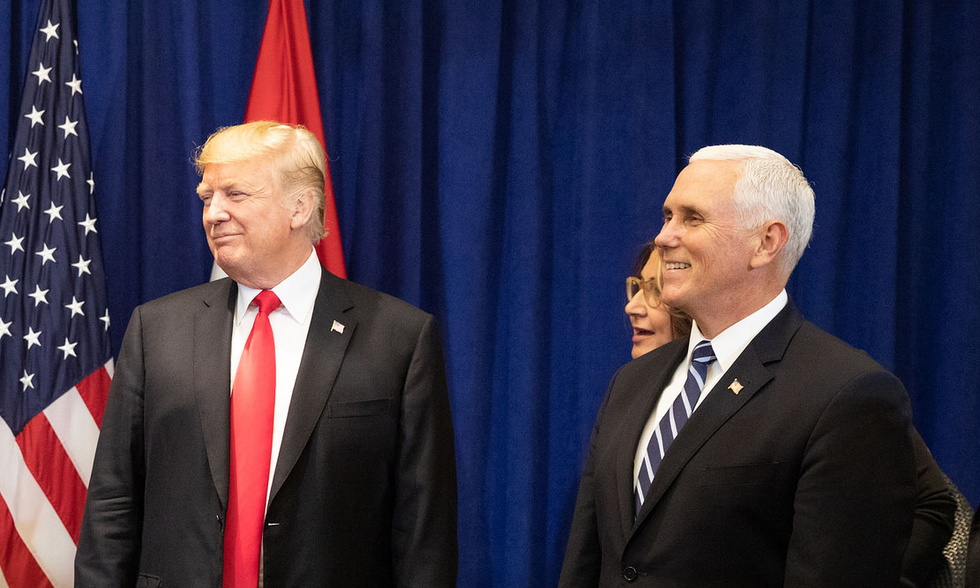 Previous reports have made similar claims, including one from Axios reporter Jonathan Swan who found, like Sherman, that Ivanka Trump and Jared Kushner are driving the discussions to replace Pence.

Even before this latest round of reports and speculation about a vice-presidential switch, rumors have long percolated about former Ambassador to the U.N. Nikki Haley joining the ticket in 2020. But readers may also recall that in 2011, similar rumors floated around about then-President Barack Obama dumping Vice President Joe Biden from the 2012 ticket and replacing him with Hillary Clinton. Obviously, that didn't happen.

The conventional wisdom around a mid-tenure VP replacement is that any supposed benefits won by bringing someone new to the ticket would almost certainly be outweighed by the implicit admission that the president's initial choice was a mistake. And I've argued that replacing Pence would play right into one of the best narratives Democrats could run on in 2020: that Trump betrays everyone who trusts him.

But President Trump himself is the embodiment of the failure of conventional wisdom, so the possibility should not be discounted entirely. Aside from the reporting itself, there are several reasons to think a Pence replacement may be more likely than it otherwise would be. First, Trump is obviously just more erratic than other presidents. Second, he reportedly regretted his decision to pick Pence in 2016, and despite the vice president's outward devotion to Trump, there's always clearly been a vast cavern between their personalities and dispositions. Third, polls show Trump may face a steep climb toward re-election, and precarious economic conditions could make it even tougher. Desperation can inspire presidential candidates to take big risks — just think of John McCain's picking Sarah Palin to be his running mate in 2008.

Sherman reported, citing a "Republican close to the White House," that Trump is also growing frustrated with Pence, wishing the vice president would defend him more. Citing a "Republican in touch with Pence’s camp," Sherman wrote that Kushner and Ivanka Trump "threaten Mike every week that they’re going to take him off the ticket" to induce him to follow orders. This claim seems a bit extreme and cartoonish to be taken literally — though that doesn't necessarily mean it's false in this White House — but it could certainly be the impression Pence is under. That would explain, as I have previously argued, why Pence risked the backlash he triggered when he stayed at Trump's resort in Ireland. If Pence really is worried about getting the boot, displaying his loyalty by participating in Trump's open corruption — and thus damaging his own brand outside of the Trump bubble — may feel like his only option.