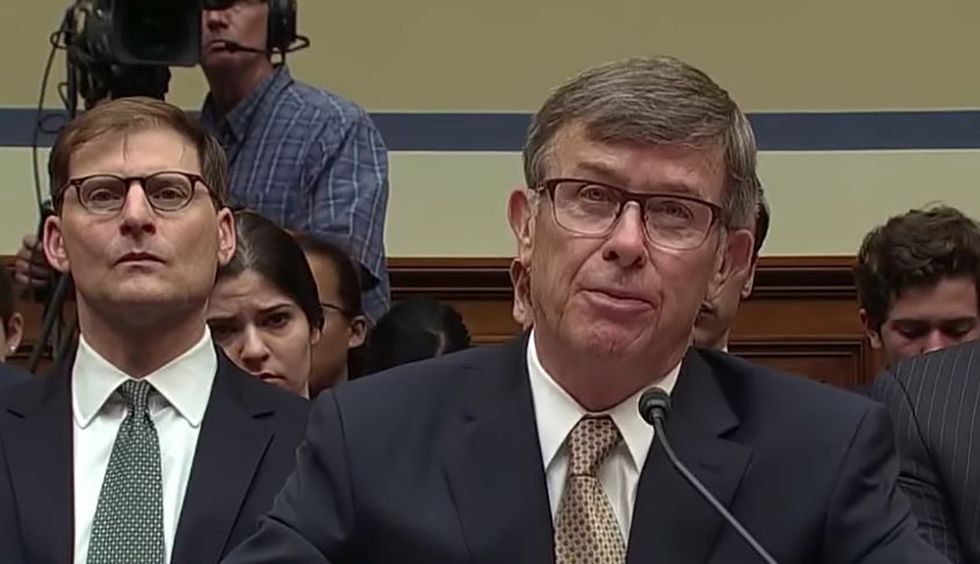 For nine out of 10 Republicans in the House or Senate, the defense they’ve mounted of Donald Trump is simple, if a little strange: They’ve forgotten how to read. Senator after senator escaped Washington on Thursday, and every Republican cornered as they hurried toward the next available flight to anywhere else was quick to claim that handling a seven-page complaint had just done them in. Maybe someone can read it to them over the break.

But those few Republicans who confessed to actually knowing their ABCs had a different excuse for why it was okay to put those pages right back under a rock and leave them there: hearsay. Again and again on Thursday, both in hallways and in the hearing with acting DNI Joseph Maguire, Republicans turned to a line on the first page of the whistleblower report. “I was not a direct witness to most of the events described,” wrote the whistleblower. Republicans are acting as if that’s a reason to discount the entire complaint. They have it absolutely backwards.

Every time Republicans declare that the whistleblower complaint is nothing but “secondhand evidence,” they’re making one of the best possible arguments to do exactly what Democrats are doing—investigate.

So far, the biggest item about which it’s possible to compare the allegations in the complaint to other evidence is in what that complaint said about the call between Donald Trump and the president of Ukraine. On that point … nailed it. If anything, the whistleblower was conservative in their charges, because what was in the “transcript” handed out by the White House was considerably more damning.

Now it’s time to test the next major claim made in the whistleblower’s report: the cover-up. Did the White House in fact take the transcript of the phone call between Trump and Volodymyr Zelensky, remove it from the normal channel for disseminating such calls, and hide it and related documents in a secret server meant for only the most vital national security documents? If it did, on what basis was that decision made? And what else has been hidden in that server?

When you have secondhand information, in business, in intelligence, in a courtroom, the answer isn’t to throw it away—it’s to go get the firsthand information.