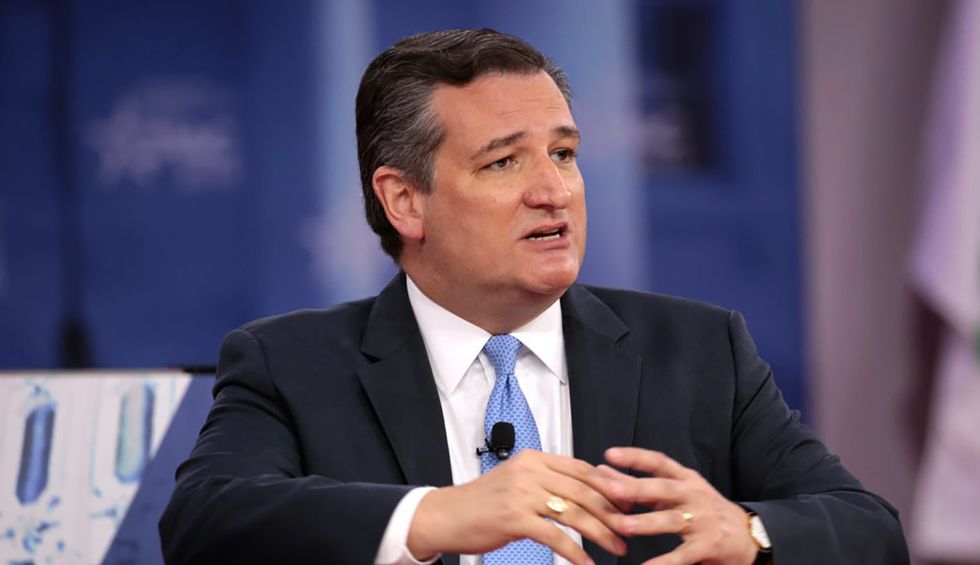 Say what you will about Sen. Ted Cruz, the far-right Texas Republican is at least smart enough to acknowledge the popularity of liberal/progressive ideas. Cruz, in Texas’ 2018 U.S. Senate race, feared that his Democratic challenger, Beto O’Rourke, might pull off a narrow victory — and now, Cruz is warning that Sen. Elizabeth Warren might become president of the United States if Republicans don’t keep their messaging tight on gun control.

At a Thursday breakfast sponsored by the Christian Science Monitor, Cruz declared, “If Republicans abandon the 2nd Amendment and demoralize millions of Americans who care deeply about 2nd Amendment rights, that could go a long way to electing a President Elizabeth Warren.”

The words “President Elizabeth Warren” — not unlike the words “President Bernie Sanders” — are music to ears of millions of liberals and progressives in the United States. But Warren would have to defeat the 2020 Democratic primary frontrunner, former Vice President Joe Biden, before she could take on President Donald Trump in the general election. Nonetheless, it is obvious that Cruz takes Warren seriously as a candidate just as he took O’Rourke seriously in 2018 (when O’Rourke narrowly lost), and he fears that Warren could win if Republican voters feel let down or “demoralized” over the gun control issue.

There has been talk of Trump possibly striking a bipartisan deal on gun control with Republican Sen. Pat Toomey of Pennsylvania, Democratic Sen. Chris Murphy of Connecticut and Democratic Sen. Joe Manchin of West Virginia — one that would expand background checks for gun purchases. But Trump, Cruz warned at the breakfast, risks losing Republican voter support if he compromises on gun control and endorses something along the lines of what Toomey and Manchin have proposed.

“We’re going to see record-shattering Democratic turnout,” Cruz warned the crowd on Thursday. “The only element missing to ensure Democratic victory is demoralizing conservatives so they stay home. I hope we don’t do that. I think that would be a serious mistake.”