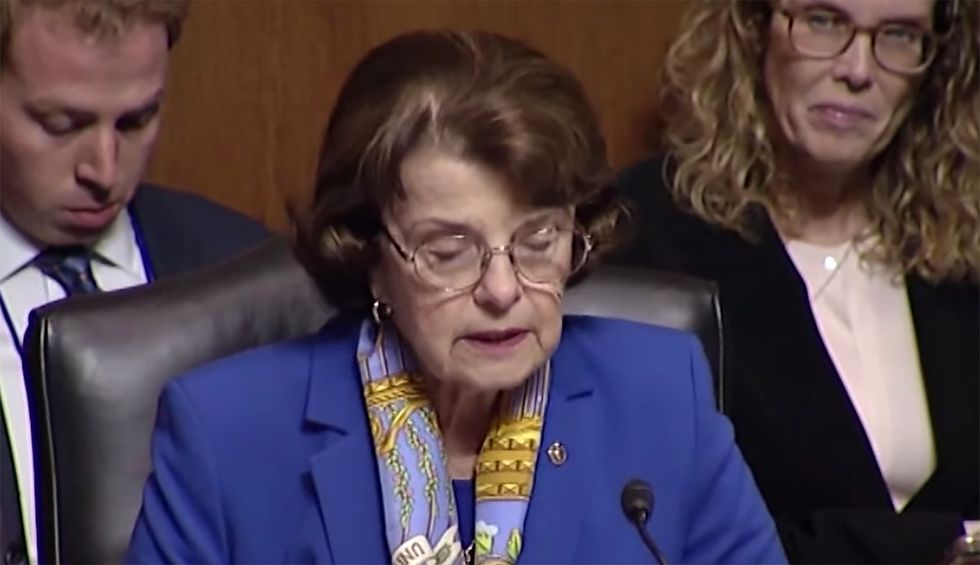 No matter how satisfying it might be to think of a process that would pull Donald Trump from the White House this afternoon and send to jail, directly to jail, do not pass go … that’s not going to happen. Instead, Democrats are going to have to work through the courts, and on the floor of both House and Senate, to start the process of de-Trumpification. By this point, Attorney General William Barr has become fully studied at how to ignore letters from the House, now it’s time to see how he does with a note from Senator Dianne Feinstein.

Senator Feinstein is clearly putting the pieces in place for future lawsuits with her letter to Barr. The brief letter reminds Barr of the relevant law, demands that he release the whistleblower report, and also insists Barr produce any documents related to how this report, still unread by Congress, came to be “read by everyone at the White House” as Trump declared on Friday.

The letter states that the whistleblower report now being hidden by Barr and Acting DNI Joseph Maguire should be transmitted immediately to “relevant committees of Congress” — one of which would be the Senate Intelligence Committee, of which Feinstein is a member. The letter also  very deliberately touches on every aspect of the failure to transmit the report so far. Feinstein notes that the Intelligence Community Whistleblower Protection Act requires that the DNI “shall transmit” these reports to Congress. Shall, not may. There’s no provision in the law for contacting the DOJ, or offering the White House a chance to claim privilege. There are no options. The law requires Maguire to send the report to the Congress, and nowhere else.

Feinstein also demands that Barr turn over any “advice or guidance” that was given to Maguire by the DOJ. The crime that Maguire and Barr are committing in hiding the report may not be as severe as Trump’s use of extortion to strongarm an American ally for personal gain. But it’s still a crime.