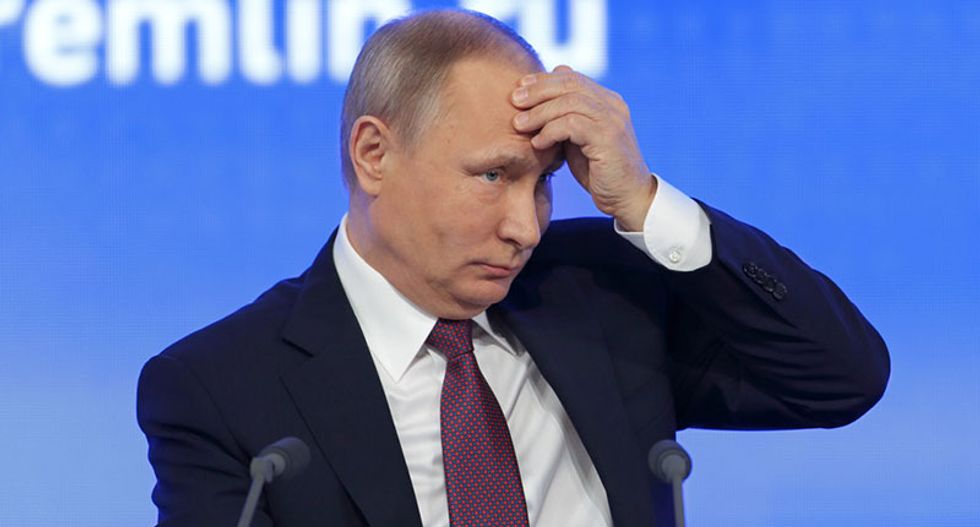 "Make no mistake," one former U.S. intelligence officer told Yahoo News, "we're in an intelligence war with the Russians every bit as dangerous as the Cold War."

That is certainly the conclusion of an in-depth report by Yahoo detailing how Russians operatives began a sweeping intelligence operation inside the U.S. in 2010 after 10 Russian agents pleaded guilty to spying for Russia and were removed. Initially, the FBI began investigating a ring of Russian spies in New York who were trying to recruit U.S. assets, one of whom was businessman Carter Page, an eventual foreign policy adviser to Donald Trump's campaign in 2016.

But the Russian intrusion on U.S. soil became more serious when operatives effectively cracked the FBI's communications code, allowing them to interrupt FBI efforts to track the movement of Russian spies around the country and likely even monitor the communications of some mobile surveillance teams.

One former senior CIA official called it a "very broad effort" to interrupt and penetrate sensitive intelligence operations. The operation was so effective that by the time intelligence officials discovered the breach in 2012, "the light bulb went on," said another senior intelligence official, that "this could be why we haven’t seen [certain types of] activity” from Russian spies the FBI had been tracking inside the U.S.

Russians had effectively figured out how to penetrate the FBI's encrypted radio systems that were used to monitor the whereabouts of Russian spies. They also compromised some of the FBI's communications, including walkie-talkie-style "push to talk" cell phones, allowing them to successfully intercept communications, record them, and later decipher them, though it's unclear whether they were ever able to do so in real time.

Part of the FBI's vulnerabilities, say some officials, is that it’s never been given enough money to create a fully integrated system, leaving some modes of communication particularly penetrable. Some of the operations were run right out of two Russian government compounds in Maryland and New York that were used as listening posts and were ultimately seized by the Obama administration in 2016 and closed down.

FBI officials were never fully able to pinpoint how the Russians accomplished the breach, leaving them to wonder if a Russian mole in the American system may have helped to crack the code.

If former special counsel Robert Mueller saying in his testimony with regard to Russia's hacking efforts that "They are doing it as we sit here" wasn't warning enough, take a gander at the Yahoo article. Russia has proven to be particularly adept at the digital aspect of a Cold War many Americans had left for dead. It's safe to say it's not over.