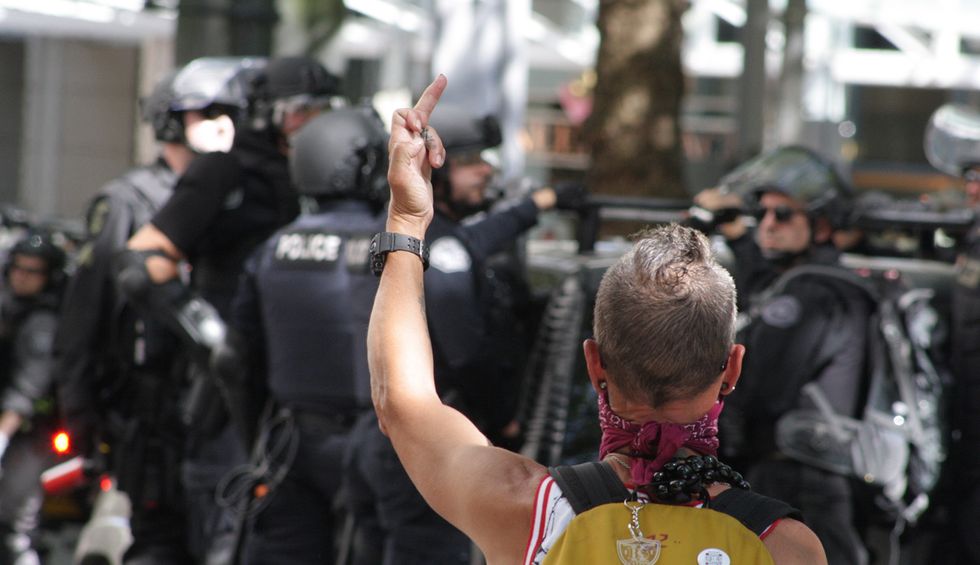 Hoaxes and bizarre conspiracy theories are common on the far right, and one of the recent ones involves Antifa: a fake Twitter account, @JoinAntifa, claims that Antifa is reporting conservative parents to Child Protective Services for supporting President Donald Trump. And even though it is total nonsense, that hasn’t stopped right-wing activists like Patrick Howley from promoting it — or pro-Trump parents from believing it.

On Twitter, @JoinAntifa is a troll account: it isn’t really operated by anyone from Antifa. And a recent post said, “I just called the police on my neighbor. He has a Trump sign on his front lawn. I told the police that I think he is abusing his daughter.”

Howley, founder of Big League Politics, saw the tweet and forwarded it, asserting, “BREAKING: Self-identified ANTIFA operatives are filing false reports on Trump-supporting parents to Child Protective Services, and encouraging others to do the same, knowing CPS is liberal. Lots of sources say this is happening — don’t let them say this was a joke.”

The Daily Beast’s Will Sommer reports that even though the @JoinAntifa tweet was bogus, right-wing blogs have been claiming that it is authentic.

“Despite its popularity on the right, this idea is totally fake,” Sommer reported on September 12. “The entire claim is based on the single @JoinAntifa tweet. @JoinAntifa has just 36 followers, and is obviously set up to either troll Trump supporters or help create damaging fake news stories about Antifa.”

As of Wednesday, September 11, Sommer reported, Twitter “had limited the account’s visibility on the site, apparently to stop it from spreading disinformation.”

@JoinAntifa has a page with some goofy, over-the-top graphics, one of which depicts five well-armed members of the “Antifa Poll Protection Force” and declares that they are “legally armed and protecting poll integrity in red districts” and will be “coming November 2020.”

Of course, there is no such thing as the “Antifa Poll Protection Force.” And while Antifa is controversial — even on the left — their members aren’t known for promoting the use of firearms.