Please grow up, Mr. President, and read some books 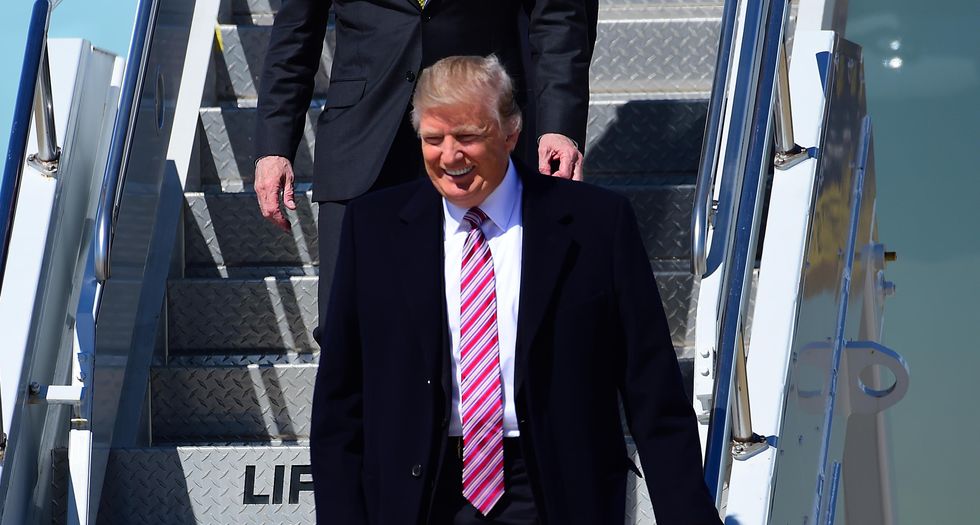 Amidst a roiling hurricane and another fusillade of Texas gunshots, like many, I was struck by a statement in the new memoir, Call Sign Chaos, written by former Trump Defense Secretary James Mattis with former Reagan Assistant Defense Secretary Bing West. Both men began their careers of public service as US Marines.

They write, “If you haven’t read hundreds of books, you are functionally illiterate, and you will be incompetent, because your personal experiences alone aren’t broad enough to sustain you.”

Strong words. Mattis manages to avoid almost any mention by name of our you-know-who-in-chief but the implication is clear. The president is, to use the clinical term, a know-nothing dingdong with no sense of history or perspective because, among other reasons, he doesn’t read. I know, he’ll tell you he doesn’t have to because of his “very, very large brain.”

Believe me, he has to.

We know Mattis left the Trump cabinet last December out of frustration and anger, although he has been quiet, largely, about his reasons. But contrary to Trump’s self-evaluation, according to a recent piece by Jonah Goldberg in The Atlantic, “aides and friends say [Mattis] found the president to be of limited cognitive ability, and of generally dubious character.”

It pays to increase your word power, “Readers Digest” used to proclaim. And if Trump did read—admittedly, a stretch of the imagination but indulge me here at summer’s end—he might take a lesson and heed a warning from two literary men of the 20th century I’ve been re-reading this summer.

Both EB White and James Thurber wrote for The New Yorker magazine: White was a consummate essayist and children’s book author—Charlotte’s Web, Stuart Little and The Trumpet of the Swan. Thurber was a grandmaster of the short story—perhaps best known for “The Secret Life of Walter Mitty”—and his often absurd and acerbic cartoons.

The two were friends as well as colleagues and at the beginning of their careers, in 1929, wrote a surprise best seller, a little book titled Is Sex Necessary? It was a parody of the Freudian self-help books that were then the rage and included such chapter headings as “What Should Children Tell Parents?” and “Claustrophobia, or What Every Young Wife Should Know.”

Each personified the independent, often iconoclastic thinking essential to the survival of a free people. And each bears revisiting for their wit and embrace of America’s quirks as well as a prescient concern for our future as a republic.

In July, I picked up in a Philadelphia museum shop a book titled E.B. White on Democracy, a new collection of his essays from long ago issues of The New Yorker and other publications. In its introduction, historian Jon Meacham writes, “We can’t know for certain what White would have made of Trump or of Twitter, but we can safely say that E.B. White’s America, the one described in this collection, is a better, fairer, and more congenial place than the forty fifth president’s… White’s America, which should be our America, is worth a glad fight.”

In 1943, as we fought against fascism in World War II, White, prompted by a letter from something called the Writer’s War Board, gave us a pretty good idea of how he saw his country and democracy.

“It is the hole in the stuffed shirt through which the sawdust slowly trickles,” he wrote, “it is the dent in the high hat. Democracy is the recurrent suspicion that more than half of the people are right more than half of the time. It is the feeling of privacy in the voting booths, the feeling of communion in the libraries, the feeling of vitality everywhere. Democracy is a letter to the editor. Democracy is the score at the beginning of the ninth. It is an idea which hasn’t been disproved yet, a song the words of which have not gone bad. It’s the mustard on the hot dog and the cream in the rationed coffee. Democracy is a request from a War Board, in the middle of a morning in the middle of a war, wanting to know what democracy is.”

Even earlier, in 1940, White observed, “In this land the citizens are still invited to write their plays and books, to paint their pictures, to meet for discussion, to dissent as well as to agree, to mount soapboxes in the public square, to enjoy education in all subjects without censorship, to hold court and judge one another, to compose music, to talk politics with their neighbors without wondering whether the secret police are listening, to exchange ideas as well as goods, to kid the government when it needs kidding, and to read real news of real events instead of phony news manufactured by a paid agent of the state. This is a fact and should give every person pause.”

And although he did not fail to point out the failings of the press, he did not view the written word as "fake" or an enemy. In fact, he declared, “I am inordinately proud these days of the quill, for it has shown itself, historically, to be the hypodermic which inoculates men and keeps the germ of freedom always in circulation, so that there are individuals in every time in every land who are the carriers, the Typhoid Marys, capable of infecting others by mere contact and example. These persons are feared by every tyrant—who shows his fear by burning the books and destroying the individuals. A writer goes about his task today with the extra satisfaction which comes from knowing that he will be the first to have his head lopped off—even before the political dandies.”

This all might give Donald J. Trump the willies, but so be it. Mr. President, grow up and read a book.

As for James Thurber, among his works is a short story from 1931, the title of which would please Trump because he’d think it was about him—“The Greatest Man in the World.”

In the story, a mechanic’s assistant named Jack “Pal” Smurch manages to fly an airplane around the world, non-stop.  He’s a national sensation but the problem is that Smurch also is a complete lout and heel.  “It was inevitable that some day there would come roaring out of the skies a national hero of insufficient intelligence, background and character,” Thurber wrote, and Smurch is it. When newsmen track down his mother during the flight, she snorts, “Ah, the hell with him. I hope he drowns.”

The press makes up a story of Smurch as modest golden boy when in truth, in his Iowa hometown he’s regarded as “a nuisance and a menace” who once knifed his high school principal: “The authorities were convinced that the character of the renowned aviator was such that the limelight of adulation was bound to reveal him to all the world as a congenital hooligan mentally and morally unequipped to cope with his own prodigious fame.” In other words, like our president, a very stable genius.

Fainting upon arriving in New York at the end of his long flight, Jack Smurch is confined to a hospital while those in charge try to figure out what to do with him.  Finally, he’s brought to a conference of the powers-that-be in an attempt to mold his image.

It’s hopeless. Scorning their advice, Smurch, this generally dubious character, stands “staring down into the street, nine floors below.”

They throw him out the window.