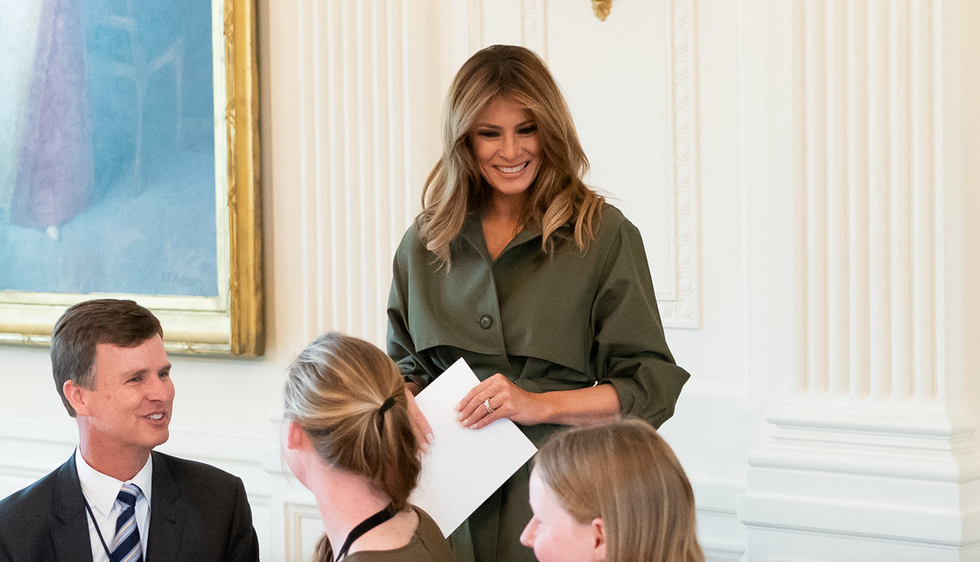 President Donald Trump’s approval ratings are even more anemic in other United Nations (UN) countries than they are in the United States. And parents of students attending the United Nations International School (UNIS) in Manhattan, according to the New York Daily News, don’t even want their kids to be photographed with First Lady Melania Trump.

On Monday, students at UNIS were invited to tour the New York Stock Exchange next week with the first lady and ring the opening bell. There is enough room for ten students on the tour, and some parents are responding that they don’t want their kids to appear in a photograph with President Trump’s wife.

In a letter, one of the UN-associated parents complained, “I am profoundly disappointed by the decision to accept this invitation.” And that parent asserted that an “appearance together with the First Lady confers, by extension” an “endorsement” of the Trump Administration.

UNIS serves a range of pre-college students, from kindergarten to the 12th Grade and includes a college preparatory program.

Founded in the mid-1940s, the UN now includes more than 190 members. The first meeting of the UN General Assembly took place in London in 1946, and UNIS opened in Manhattan the following year.