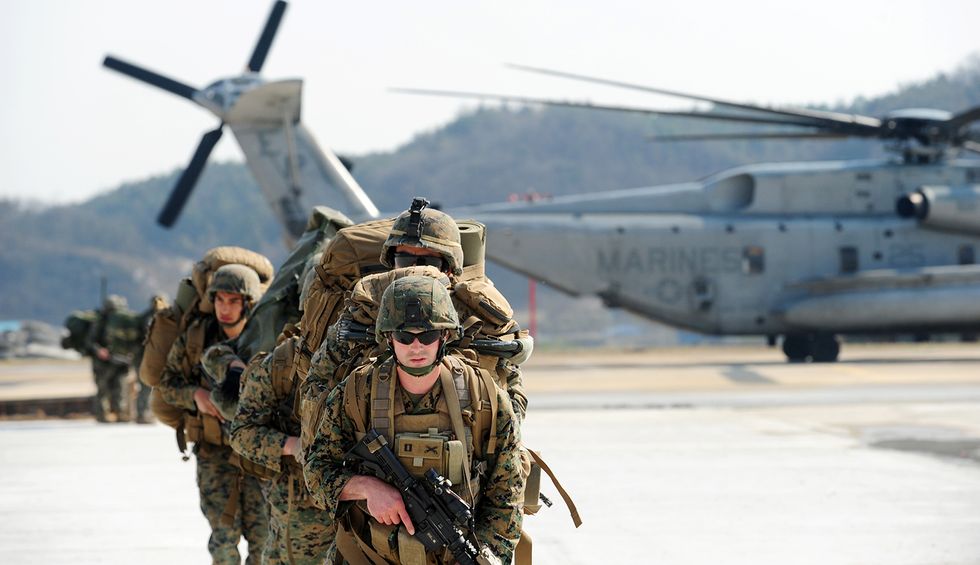 President Donald Trump is facing yet another corruption scandal after a Marine Corps unit was caught planning to hold a party at the commander-in-chief’s Mar-a-Lago resort.

“At a time when taxpayer and foreign-government spending at Trump Organization properties is fueling political battles, a U.S. Marine Corps reserve unit stationed in South Florida hopes to hold an annual ball at a venue that could profit the commander-in-chief,” the Miami Herald reported Thursday.

“The unit is planning a gala to celebrate the 244th anniversary of the Marines’ founding at President Donald Trump’s Mar-a-Lago club in Palm Beach on Nov. 16, according to a posting on the events website Evensi,” the newspaper noted. “It wasn’t immediately clear how much Mar-a-Lago would charge to host the Marine Corps Birthday Ball — or even if it might do so for free. As many as 700 guests have attended previous balls for the 4th ANGLICO, according to invitations posted online.”

The celebration is another scandal for Trump.

“While specific funding sources for the upcoming ball are unclear, the practice of spending taxpayer money at Trump properties has been criticized by Democrats and government watchdog,” the Herald noted. “Regardless of who is paying, hosting an event at the president’s club could create the possible appearance of impropriety for the Marines, which like other branches of the military tries to steer clear of politics.”

Mar-a-Lago has suffered financially due to its owner being so controversial.

“Regardless of who is paying, hosting an event at the president’s club could create the possible appearance of impropriety for the Marines, which like other branches of the military tries to steer clear of politics.

“While the club caters to Palm Beach society, it may be in need of new business. The club’s event calendar — previously dependent on major charities booking galas — took a hit after Trump did not condemn a violent white nationalist march in Charlottesville, Virginia, in 2017. Where the club once booked events that cost as much as $200,000, it now offered rates as little as $40,000. Mar-a-Lago revenue fell to $22.7 million in 2018, a drop of 10 percent from the year before,” the paper reported. “That vacuum opened the door for a new wave of events, including a South Florida massage-parlor entrepreneur named Cindy Yang who sold Chinese businesspeople eager to meet the president the opportunity to attend lower-profile events at his club. Yang’s activities gained the attention of the FBI and U.S. Attorney’s Office in Miami, which are investigating possible Chinese espionage at the club and South Florida.”