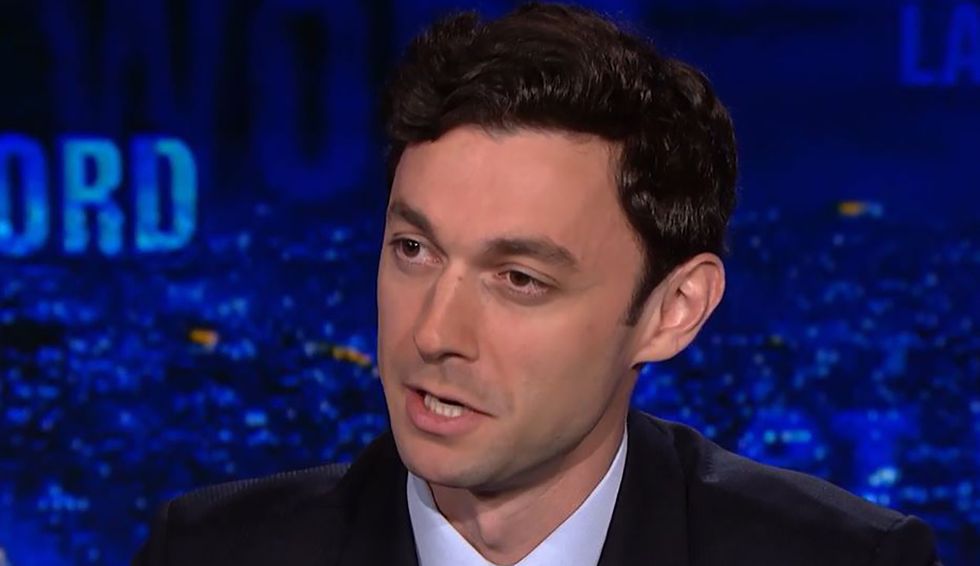 Jon Ossoff is running against Republican Sen. David Perdue, he announced Monday night. Both of Georgia’s Senate seats are up in 2020, with Sen. Johnny Isakson retiring, but Ossoff chose to run against Perdue because Perdue “is one of the least effective and most out-of-touch members of the U.S. Senate.”

In an interview with the Atlanta Journal-Constitution, Ossoff didn’t hold back. “We’re in a state where one in three rural children live in poverty, where we have the worst maternal mortality in the entire country, and in a half a decade, this guy hasn’t come down from his private island to do a single town hall meeting,” he said. “He hands out favors to his donors. He runs errands for the president.”

There are already three Democrats in the primary to challenge Perdue, but while they have a head start in this race, Ossoff can access the remnants of the campaign infrastructure he built in his 2017 House special election race, which he lost narrowly. And he has the endorsement of Rep. John Lewis, who said, “Like the many thousands Jon has already organized and inspired, I am ready to work tirelessly to elect him. Georgia and America need Jon.”

“When you push on the wheel of history, sometimes it takes time to get where you want to go. But one of the things I learned from my race in ’17 is a fight well fought—even if you lose it—can be worth what you build in the process,” Ossoff said of his own loss and of one other recent high-profile Democratic loss in Georgia. “That’s how I look back on my race in 2017 and that’s certainly how I look at Stacey Abrams’ historic, extraordinary performance in 2018.”