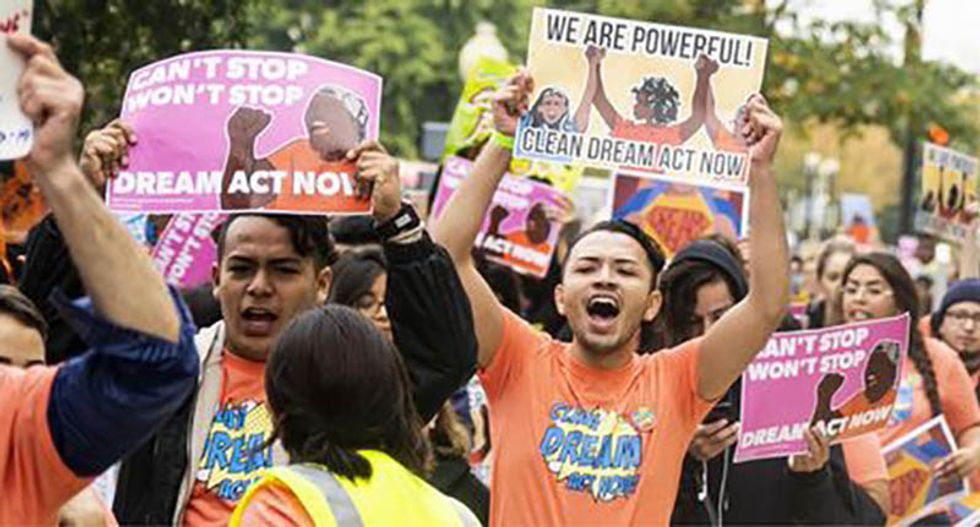 Immigrant rights advocates on Friday called for Karnes Residential Center, an immigration detention facility outside San Antonio, Texas, to be shut down amid reports of severe neglect that could prove deadly for women who have been held there for months.

In interviews with the advocacy group RAICES, women at Karnes reported that ICE officials are withholding treatment for serious diseases including cancer, diabetes, and mental health issues.

The group spoke with about 800 women at the facility, the majority of whom are asylum-seekers awaiting hearings and many of whom are expected to be sent to detention centers in Louisiana and elsewhere to make room for families that are being sent to Karnes in the coming days.

One Congolese woman told RAICES that she'd been diagnosed with uterine cancer in July and had not been permitted to see a cancer specialist since being sent to Karnes. Another woman reported that at the beginning of September a doctor in San Antonio told her there was a high probability she has cancer, but since then she has not been permitted to get a biopsy to confirm the diagnosis and get treatment.

Other women said they have gone without treatment for mental health issues, miscarriages, with several telling RAICES they have become suicidal since being denied medical care.

"It's only a matter of time before someone dies at Karnes," Andrea Meza, director of family detention services at RAICES, told HuffPost.

The medical neglect at Karnes has reportedly become common throughout the Trump administration's network of detention centers run by ICE, which have been used to detain asylum-seekers for long periods of time while they await hearings.

One doctor told HuffPost that in visits to detention centers in California and Texas, she examined patients who had been refused diabetes medication and one man who had gone without treatment for a brain tumor.

"There's a larger punitive approach that doesn't align with our mission to care for patients," said Dr. Altaf Saadi of Physicians for Human Rights Asylum Network told the outlet.

The Government Accountability Project, which is representing two doctors who became whistleblowers after observing neglect and abuse at the Trump administration's detention centers, called the new reports "unconscionable."

ICE "is knowingly endangering migrants with the goal of deterring immigration at the southern border," Dana Gold, an attorney with the organization, told HuffPost.

"We are deeply concerned that these testimonials have come to light from individual detainees, rather than through any official channels of notification," the lawmakers wrote (pdf) to ICE officials of the stories women told RAICES. "This lack of communication leaves us questioning how many more women are experiencing a lack of care at Karnes."

The women interviewed by RAICES have been at the facility since last spring, after ICE stopped detaining families there temporarily. In the coming days families are expected to arrive there as the women are moved to new detention facilities.

"Given our continued opposition to indefinite family detention—with concern heightened by the poor conditions reported by detainees at Karnes—we express our objection to turning Karnes back into a family detention facility," wrote the members of Congress.

Since December at least six children have died in U.S. custody, including several who died of preventable and treatable illnesses.

Rights advocates are calling on the Trump administration to end the detention of any immigrant who is suffering an illness or needs medical attention.

RAICES called on supporters to appeal directly to ICE and to their elected officials, demanding that Karnes be shut down and that the administration end the detention of asylum seekers.