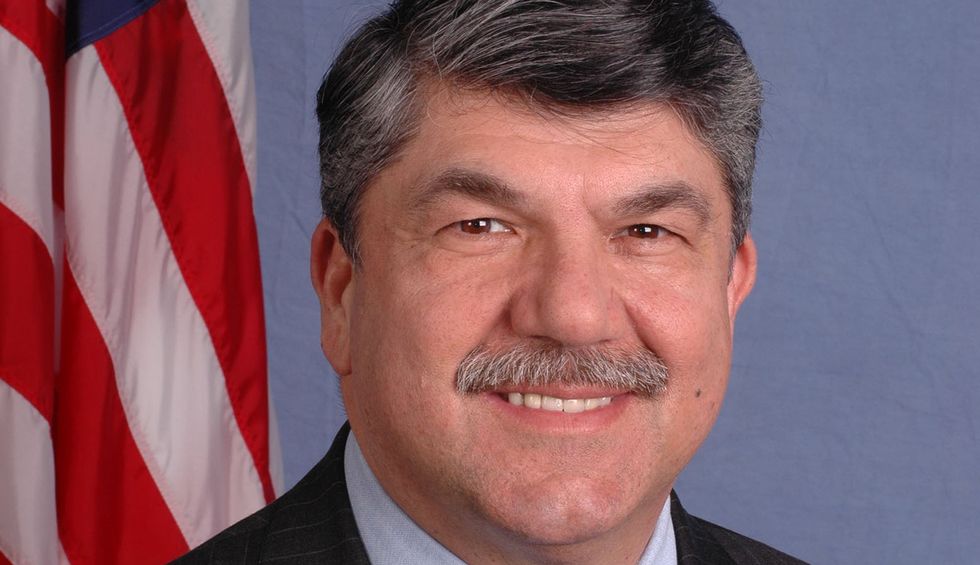 In an interview ahead of Labor Day, AFL-CIO chief Richard Trumka said workers across the nation are suffering under President Donald Trump's supposedly "booming" economy and slammed the White House for refusing to raise the minimum wage, pushing for cuts to Medicare and Medicaid, and gutting workplace safety regulations.

"Unfortunately, the rules he's changing has hurt them," said Trumka. "He's opposed every increase in the minimum wage. He's changed the regulation to take overtime away from a couple of million people. He's proposed a trillion dollar cuts to Medicare and Medicaid... He's rolled back health and safety standards towards workers."

The President of the AFL-CIO (the largest fed. of unions in the US) calling Trump out on: -opposing every increase… https://t.co/diGiyEBLov
— Andrew Kimmel (@Andrew Kimmel) 1567362933.0

Trumka went on to note that, despite consistent economic growth and booming corporate profits thanks to the president's massive tax cuts, "real wages are down because of housing costs and healthcare."

The president's response to falling wages, Trumka said, has been "to propose a trillion-dollar cut to Medicare and Medicaid, to oppose increases into the minimum wage."

Trumka's comments came as union leaders are voicing outrage over the president's broad corporate-friendly economic agenda and, specifically, his reckless trade war with China, which has caused falling incomes and record bankruptcies among American farmers.

The AFL-CIO chief said the United States-Mexico-Canada Agreement (USMCA), a trade deal Trump has touted as "very popular" among unions, would represent yet another "windfall for corporations and a disaster for workers."

"They've done more things to hurt workers than they have to help them," Trumka said of the Trump administration.

As author and former New York Times labor reporter Steven Greenhouse noted in The American Prospect last week, Trump has waged an all-out war on American workers from the beginning of his tenure in the White House after running a presidential campaign full of rhetoric aimed at convincing workers "he is their true friend, fighting hard for them."

"With one hand he enchants the crowd, while the other hand, outside the spotlight, steadily pushes down on and squeezes workers day after day," Greenhouse wrote, providing a brief sample of the president's anti-labor actions since taking office:

Trump has effectively scrapped the "fiduciary" rule that required Wall Street firms to act in the best interests of workers and retirees in handling their 401(k)s—a move that could cost many workers tens of thousands of dollars. Trump erased a rule that extended overtime pay to millions more workers, a move that will deprive many workers of thousands of dollars per year. While Trump boasted that he is the best friend of miners, his Labor Department pushed to relax rules for safety inspections in coal mines, but was stopped by a federal circuit court. Trump has made it easier to award federal contracts to companies that are repeat violators of wage laws, sexual harassment laws, racial discrimination laws, or laws protecting workers' right to unionize.

"Trump—who held himself out as a champion of workers during the 2016 campaign—seems close to single-handedly pushing the industrial world into recession, which would, of course, do serious harm to workers in the U.S. and around the world," Greenhouse wrote. "With a friend like that, America's workers need no enemies."

Britain's evil empire: Let the monarchy die along with Elizabeth

The roar of an America warplane over a civilian Irish airport

Legal expert: Trump's dealings with Truth Social merger may have violated the law