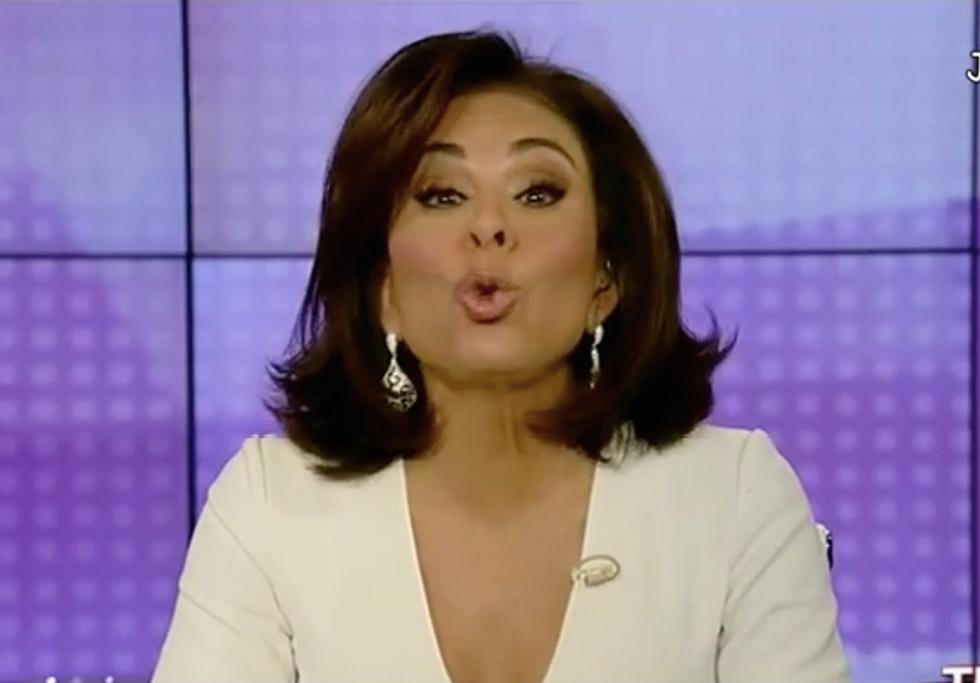 President Donald Trump, in recent tweets, has sounded very disillusioned with Fox News. On August 28, Trump tweeted that the overtly right-wing cable news outlet “is letting millions of GREAT people down” and “isn’t working for us anymore.” And during a late August appearance on the radio show hosted by Fox News’ Brian Kilmeade, Trump complained about “phony” Fox News polls showing some Democratic presidential candidates beating him in hypothetical matchups. But Jack Shafer, in an article for Politico, argues that Trump’s recent feud with Fox News is merely a “fake fight” — and that all things considered, Fox News remains a very pro-Trump operation.

The Fox News hosts who Trump has singled out in a negative way include, among others, Shepard Smith and Chris Wallace — both of whom, despite their conservative leanings, have been critical of the president at times. On March 17, Trump angrily tweeted that Smith “should be working” for CNN, which was meant to be a major insult because Trump hates both CNN and MSNBC with a passion.

There are separate divisions at Fox News: the hard news division (Smith, Wallace, Brit Hume, Bret Baier) and the far-right opinion hosts, who include Tucker Carlson, Laura Ingraham, Jeanine Pirro and the buffoonish Sean Hannity. And the opinion side of Fox worships the ground that Trump walks on.

“Trump appears to think everybody who appears on Fox should belong to his tag team,” Shafer explains. “So when hard news anchors Shep Smith and Chris Wallace or weekend anchors Arthel Neville and Leland Vittert speak a disparaging word about his policies or ask tough questions, they’re somehow betraying him.”

Shafer stresses, however, that “the opinion triumvirate of Sean Hannity, Tucker Carlson and Laura Ingraham” are “so close to Trump they’re practically unpaid advisers to his presidency.” Moreover, Shafer adds, Trump receives “unalloyed tenderness and obsequious respect” from the morning show “Fox and Friends” (which Kilmeade co-hosts) whenever he calls in.

Were @FoxNews weekend anchors, @ArthelNeville and @LelandVittert, trained by CNN prior to their ratings collapse? I… https://t.co/CQssnACCYc
— Donald J. Trump (@Donald J. Trump) 1552846725.0

Trump, Shafer asserts, still holds Fox News in very high regard — no matter how much he complains about Wallace or Smith.

“As Media Matters for America’s Matt Gertz has noted, Trump so adores Fox that he’s peppered his administration with former Fox News staffers — and five of his former employees have moved on to jobs at Fox or its parent company,” Shafer observes. “Just recently, former White House Press Secretary Sarah Huckabee Sanders, among the most loyal of all Trumpies, took a job as a Fox News contributor.”

Shafer equates Trump’s feud with parts of Fox News’ hard news division with professional wrestling. In wrestling, Shafer notes, the term “kayfabe” refers to a “code of secrecy” in which wrestlers must stay in character at all times in order to “maintain the illusion that a real fight is happening” — and when Trump butts heads with some people in Fox News’ hard news division, it is a type of “kayfabe” designed to obscure the fact that he receives a great deal of adulation from the cable news outlet and its sister operation Fox Business Channel.

“Trump’s faux-fight with Fox is designed to: (1) add drama and excitement to where there is none, (2) make him the primary focus of events, and (3) temporarily complicate the storyline so viewers keep watching,” Shafer explains. “Fox benefits from Trump’s periodic attacks…. They make the channel look like it’s standing up to the president, and Fox ends up looking more independent and credible. It doesn’t get more kayfabe than that.”