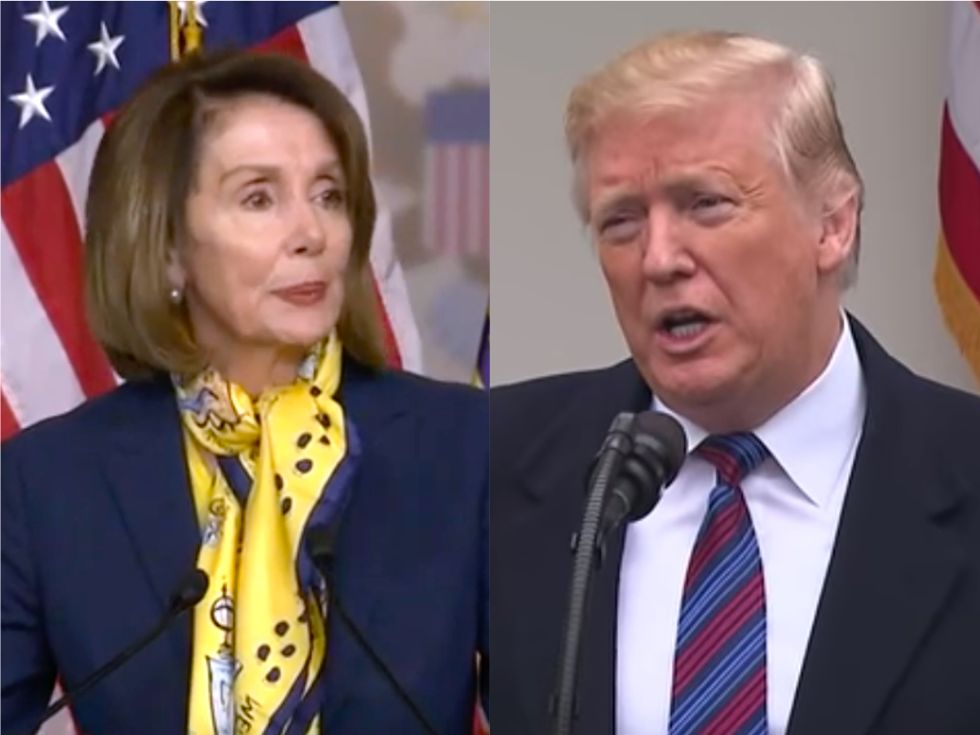 The number of Democrats in the U.S. House of Representatives who favor starting an impeachment inquiry for President Donald Trump has been increasing gradually and has reached 131, according to CNN. And certainly, there is a mountain of evidence in former Special Counsel Robert Mueller’s final report on the Russia investigation that makes a strong case for pursuing impeachment. But House Speaker Nancy Pelosi has demurred from pursuing impeachment, stressing that Democrats should instead focus their energy on: (1) ongoing investigations of the president by House committees, and (2) fighting to get Trump out of office by electing a Democratic president in 2020. As Pelosi seems to see it, Democrats need to put their time and energy into not only getting Trump voted out of office next year but also into obtaining a majority in the U.S. Senate.

Besides, from Pelosi's point of view, an impeachment inquiry may be a waste of time for Democrats at this point because the votes that would be needed to remove Trump from office via the impeachment process simply aren’t there — not in the House, and definitely not in the Senate.

For articles of impeachment, a simple majority is needed in the House. And because Democrats have a House majority, they could impeach Trump without any Republican support if enough Democrats were on board. Instead, 44% of House Democrats still don’t even want to discuss the possibility.

This summer, Rep. Justin Amash of Michigan became the first House Republican to come out in favor of impeaching Trump. Between House Democrats and Amash, according to CNN, there are now 132 House members who at least favor an impeachment inquiry. But Amash is a tiny minority when it comes to right-wing conservatives or libertarians in the House who enthusiastically favor impeachment — and with Amash having left the GOP and become an independent, there is not one House Republican at this point who is on the record in support of even an impeachment inquiry.

Assuming that those 56% of House Democrats were not only open to an impeachment inquiry, but also, a full House vote on impeachment, Democrats would still be in a weak position in terms of public opinion. 56% of House Democrats, 0% of House Republicans and an anti-Trump conservative congressman is, from a public opinion standpoint, not a strong position for Democrats; it would look like impeachment had soft support among Democrats and no support at all among Republicans. Democrats, as Pelosi fears, would look like vengeful partisans.

Not one president in U.S. history has been removed from office via the impeachment process. President Bill Clinton in 1998 and President Andrew Johnson in 1868 were impeached in the House but acquitted in Senate trials and served out the remainder of their terms; President Richard Nixon, disgraced by the Watergate scandal, resigned in August 1974 rather than waiting to be removed from office via the impeachment process.

Even if — just for the sake of argument — a coalition of Republicans and Democrats in the House came together to impeach Trump, Senate Democrats would comprise a very difficult hurdle to overcome. First, Democrats are a minority in the Senate, and second, some Senate Democrats are hardcore centrists — for example, Sen. Kyrsten Sinema of Arizona, Sen. Joe Manchin of West Virginia, and Sen. Doug Jones of Alabama. It’s hard to imagine Sinema (who has exalted the late Sen. John McCain as one of her political role models), Manchin or Jones voting to impeach Trump in a Senate trial.

A hypothetical: if Trump were reelected in 2020 but Democrats achieved a Senate majority and kept the House, the appetite for impeachment among Democrats in both houses of Congress might grow —although in a scenario in which a second term for Trump was accompanied by Democratic majorities in both the House and the Senate, Trump would be facing serious gridlock, not unlike President Barack Obama in 2015 and 2016. In that scenario, Democrats could opt to either pursue impeachment or simply make sure Trump got nothing done in Congress — or both.

But as it stands in September 2019, any House votes to impeach Trump would be merely symbolic.