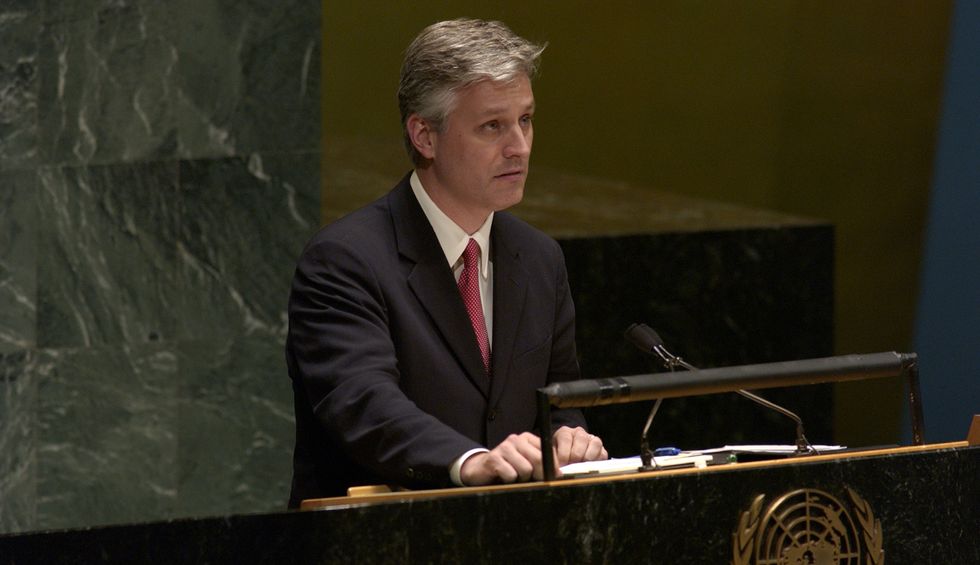 President Donald Trump Wednesday morning named Robert O’Brien as his fourth (sixth, if you count acting) National Security Advisor, after firing John Bolton last week. O’Brien may face challenges as some experts believe he does not have sufficient experience to hold the job.

Today is going to be one of those days everyone pretends the guy no one has ever heard of before is qualified for a… https://t.co/HZNJunH9xd
— Matthew Miller (@Matthew Miller) 1568815959

Here’s a professor of International Relations and National Security at the U.S. Naval War College:

Compared to NSAs through history, O'Brien has remarkably little DC experience, nor is he a foreign policy wonk -- i… https://t.co/aBhR91LbXy
— David Burbach (@David Burbach) 1568814710

But O’Brien does have one qualification that’s a mandatory prerequisite for any Trump administration nominee.

He has no problem endlessly praising President Donald Trump.

CNN White House reporter Kevin Liptak reveals what appears to be one of the key reasons O’Brien just got a big promotion: he bowed down to Trump and gave him the ego boost the president unendingly requires.

Back in April the president posted this strange tweet. The Washington Post later confirmed he had been referring to O’Brien.

“In a March 6 news conference on the return of Danny Burch, a hostage formerly held in Yemen, O’Brien played up Trump’s ‘unparalleled success’ in this area,” The Washington Post adds.

“This wouldn’t happen with all of these hostages and detainees without the support of the president,” O’Brien said. “The president has had unparalleled success in bringing Americans home without paying concessions, without prisoner exchanges, but through force of will and the goodwill that he’s generated around the world.”

Holding the role of National Security Advisor appears to have been on O’Brien’s mind for years. Here he is in December 2016, before Trump was sworn in, praising the president-elect’s incoming national security team, and claiming he didn’t want to be the NSA:

Had O’Brien appeared instead on Fox News praising the president, no doubt John Bolton would have been fired even faster.