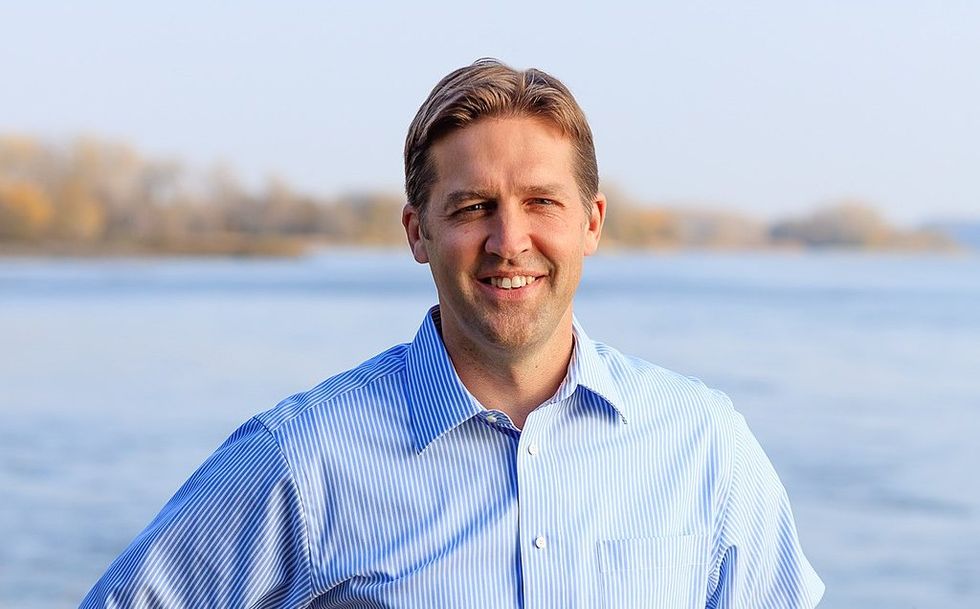 Republican Sen. Ben Sasse of Nebraska was once a prominent critic of President Donald Trump from with his own party, using his national platform to criticize the GOP figurehead both before his 2016 election and after.

As late as 2018, Sasse was bemoaning the state of the GOP, saying he thinks about abandoning his Republican Party membership every morning.

But this year, things started to change. Most notably, he voted against an effort block Trump's use of emergency powers to pilfer government funds for his border wall, a move that should have rankled Sasse's self-conception as a "constitutional conservative." Instead, he voted to uphold Trump's abuse of power, despite being unable to offer a coherent explanation for his actions and despite the fact that his vote wouldn't have been decisive either way.  He should have felt free to vote his conscience.

Roll Call observed that Sasse's personal Twitter account, where he used to frequently mock the president with a distinctive style, has been neglected since May.

And while his fellow anti-Trump Republican Rep. Justin Amash (MN) has come out forcefully to argue that the Mueller report provides grounds for the president's impeachment (and has since become an independent), Sasse has been notably absent on the issue.

So what happened? On Tuesday night, it all became pretty plain when Trump endorsed the Nebraska senator in his re-election bid:

Senator Ben Sasse has done a wonderful job representing the people of Nebraska. He is great with our Vets, the Mili… https://t.co/hTZIlHniy1
— Donald J. Trump (@Donald J. Trump)1568165016.0

The development made any mystery behind Sasse's change of heart dissolve, as many observed:

At the announcement for his campaign launch this month, Sasse even echoed Trump's framing for the upcoming election, saying: “What’s at stake in 2020 is a choice between civics and socialism.”

But what's actually at stake here seems pretty simple. Sasse wants to continue being a senator, and he knows as much as anybody else is that he's destined to failure in a GOP primary if he's seen as anti-Trump. So he suppressed his criticisms, bit his tongue, voted for Trump's power grab against his better judgment, and earned that coveted endorsement from the commander-in-tweet.

The only mystery left is why you would want to be a senator if you have to abandon your principles to do it.

Though perhaps Sasse's previous principles were much more malleable than they seemed — and his bigger priority has always been in his personal glory and power.