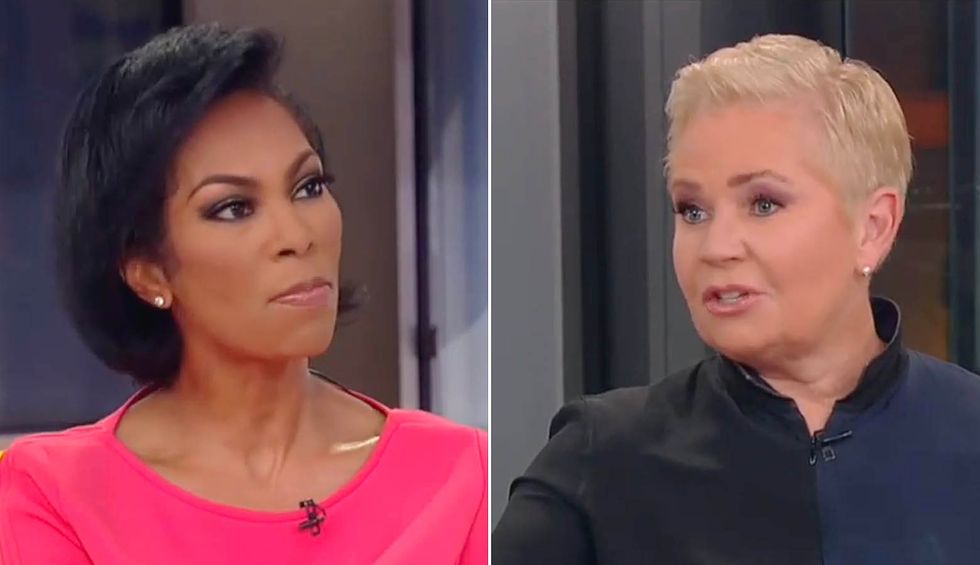 “Whataboutism” and false equivalencies are common among Fox News hosts, and Mary Ann Marsh (a Democratic analyst and Fox News contributor) came face to face with one on Monday when appearing on Fox News’ “Outnumbered” as part of a panel that also included Melissa Francis, Harris Faulkner and Lisa Kennedy Montgomery.

The topic was House Speaker Nancy Pelosi’s decision to move forward with an impeachment hearing following the bombshell that Trump, during a July 25 phone conversation, tried to pressure Ukrainian President Volodymyr Zelensky into digging up dirt on former Vice President Joe Biden and his son Joe Biden. When Francis asked Marsh whether Pelosi’s actions were “smart politics or not,” Marsh  replied, “It’s the right thing to do. And when you do the right thing, smart politics come with it.”

Marsh explained why Pelosi came out for an impeachment hearing, saying that Trump’s actions during his conversation with Zelensky were “illegal, period.” And Faulkner responded, “How is that different from what Joe Biden did? And I’m not doing whataboutism, I’m just simply asking.”

But Faulkner was, in fact, “doing whataboutism” — which is something she’s very good at — and Marsh wasn’t standing for it. Marsh responded, “Joe Biden was leading a uniform policy of the entire western democracies and went to Ukraine because of their corruption.”

Faulkner pressed on, “So when he jokes about holding all that money until they get rid of the one person that was doing an investigation into his son, Hunter Biden….”

Marsh clarified, “That was an appropriate policy by Congress, versus what Donald Trump did — which was to withhold money that had already been appropriated.”