Former federal prosecutor: Lewandowski ‘may have perjured himself’ during House Judiciary hearing 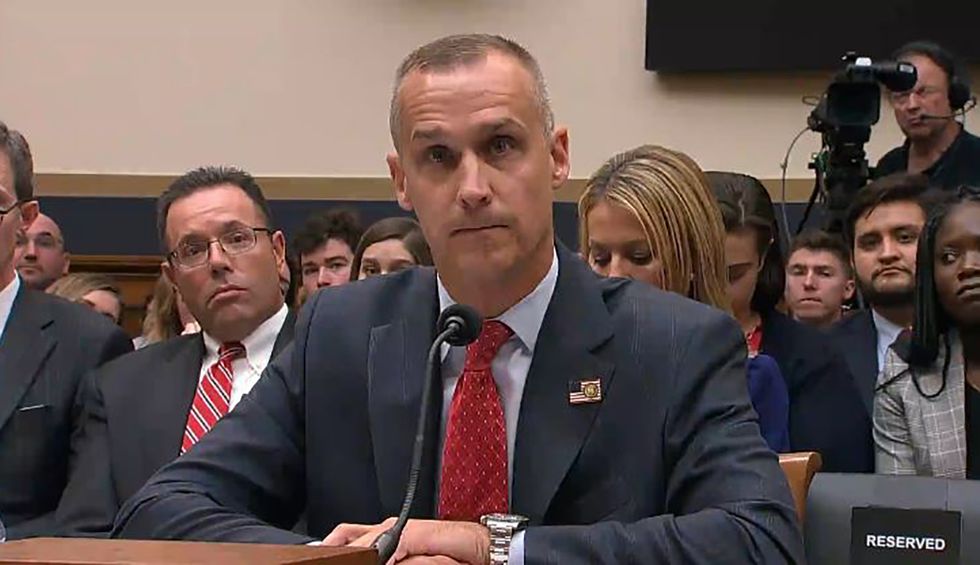 When President Donald Trump’s former campaign manager, Corey Lewandowski, appeared before the House Judiciary Committee on Tuesday, he was openly hostile to the Democrats who questioned him about former Special Counsel Robert Mueller’s Russia investigation — not to mention evasive. And on Tuesday night, MSNBC’s Lawrence O’Donnell discussed Lewandowski’s testimony with legal analyst Mimi Rocah as well as with Rep. Eric Swalwell (one of the House Democrats who had questioned him). Rocah, a former federal prosecutor for the Southern District of New York, was highly critical of Lewandowski and even went so far as to say that the Republican operative “may have perjured himself” during his testimony.

Swalwell told O’Donnell that being held in contempt of Congress is “certainly on the table” for Lewandowski.

“There need to be consequences…..That’s not how an innocent person conducts themself…. That’s how a guilty person acts,” Swalwell asserted. And the congressman didn’t get any argument from Rocah.

House Republicans, Rocah complained, “really made it hard for Democrats to get information out” during Tuesday’s hearing. But while O’Donnell and Rocah agreed that some House Democrats could have been more skillful in their questioning of Lewandowski, Rocah had nothing but praise for attorney Barry Berke — who questioned him aggressively and is presently serving as a consultant to the House Judiciary Committee.

Berke, Rocah stressed, “is such a skilled questioner” and “controlled the narrative and got out the information he wanted.” According to Rocah, Berke “showed Lewandowski to just be a complete liar. It was so obvious to anyone watching that.”

During Lewandowski’s testimony, he was asked about efforts to obstruct Mueller’s investigation and get former Attorney General Jeff Sessions to end the Russia probe. And Rocah alleged to O’Donnell that Lewandowski was being inconsistent when it came to what he had told Mueller during the Russia investigation and what he told the House Judiciary Committee on Tuesday.

Rocah explained, “I think this point about Lewandowski having said to Mueller that he didn’t want to meet with Sessions at the DOJ because of the log — and now, he’s totally trying to disclaim that. That’s a really important point, and frankly, he may have perjured himself about that today because he completely contradicted what he said to Mueller.”