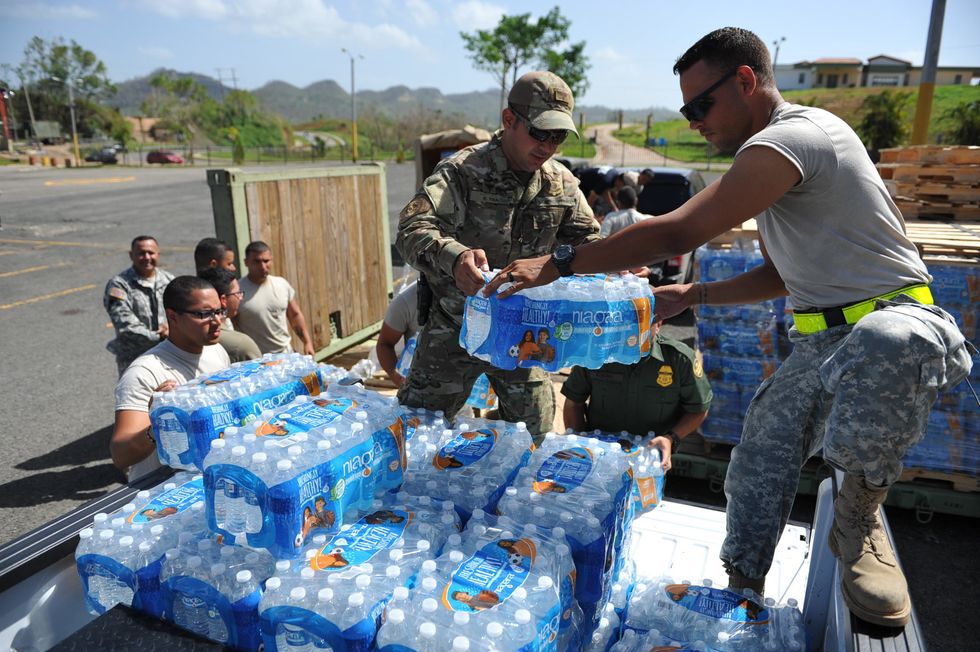 Two FEMA officials were indicted and arrested on a set of corruption charges, the Justice Department announced Tuesday, stemming from their work in Puerto Rico after the devastation of Hurricane María.

Along with FEMA Deputy Regional Administrator Ahsha Tribble and former Deputy Chief of Staff Jovanda Patterson, the former president of Cobra Acquisitions, Donald Keith Ellison, was also charged and brought into custody as part of the broader scheme.

After the storm, Tribble was in charge of FEMA's effort to restore power to Puerto Rico, the loss of which was one of the most enduring impacts of the disaster. But in that important work, the Justice Department said,  Tribble accepted bribes of "personal helicopter use, hotel accommodations, airfare, personal security services, and the use of a credit card" from Ellison in exchange for furthering the interests of his company — in particular, working to award Cobra contracts to restore the electric grid. In total, Cobra received more than $1.8 billion of federal FEMA funds for its work restoring the grid, which was down for nearly a year.

Tribble and Ellison have been charged with conspiracy to commit bribery, honest services wire fraud, and disaster fraud. Tribble is separately charged with violating the Travel Act for allegedly using interstate communications to carry out the scheme. Ellison is charged with making false statements as a part of the federal investigation into the matter.

Patterson, a friend of Tibble, also secured a job at Cobra following her resignation from FEMA, the Justice Department said. This job was part of the bribes allegedly given to Tribble by Ellison, and it also reportedly created conflicts of interest for Patterson: She participated in a review of Cobra's work for FEMA as part of a bidding process while she was, in fact, also negotiating with for a job with the company, according to the indictment.

Patterson has been charged with violating conflict-of-interest law and with wire fraud for allegedly misrepresenting her federal salary to Cobra as part of the negotiations.

“These defendants were supposed to come to Puerto Rico to help during the recovery after the devastation suffered from Hurricane María," said U.S. Attorney Rosa Emilia Rodríguez-Vélez in a statement. "Instead, they decided to take advantage of the precarious conditions of our electric power grid and engaged in a bribery and honest services wire fraud scheme in order to enrich themselves illegally."

UPDATE: This post originally said Tribble no longer works at FEMA, which had been widely reported. However, FEMA issued a statement saying it would not confirm personnel matters, and her status remains unclear. Patterson had previously resigned from FEMA to work at Cobra.