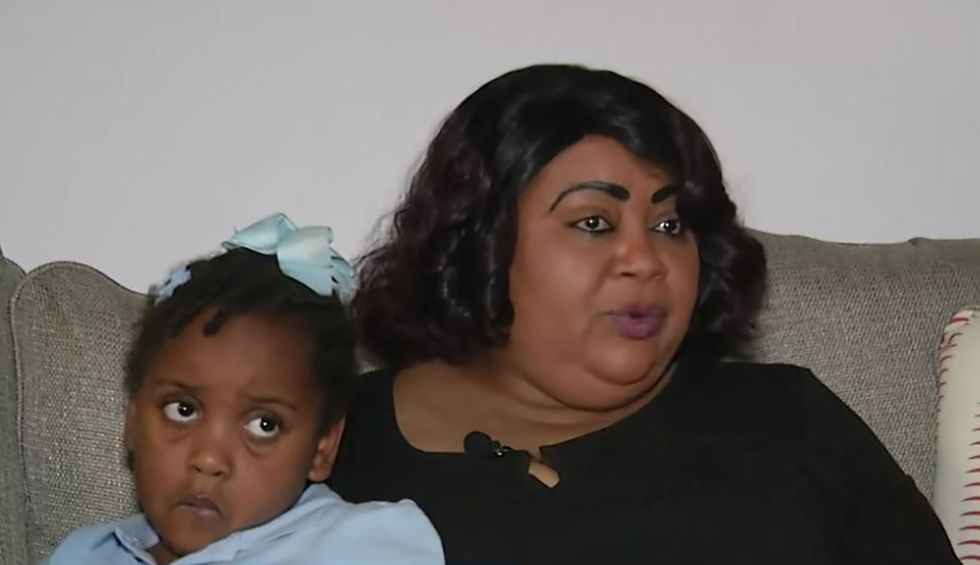 On Thursday, Meralyn Kirkland got a phone call from her granddaughter’s elementary school saying the child had been arrested. Kaia Rolle, who is six-years-old, was handcuffed, fingerprinted, had a mug shot taken, and was charged with battery.

No, that’s not a typo. Rolle is six years old. Now, her grandmother is—understandably—demanding answers.

“So I say, ‘What do you mean she was arrested?’ He said, ‘There was an incident and she kicked somebody and she is being charged and she is on her way,’” Meralyn Kirkland explained to WLFA during an interview. “She is arrested and she has a charge – she is charged with battery.”

According to Kirkland, her granddaughter was taken away from school in a police car after being handcuffed.

In an interview with BuzzFeed News, Lt. Wanda Miglio of the Orlando Police Department explained that Officer Dennis Turner had been on duty as the school resource officer when he arrested the 6-year-old. That same day, in an unrelated incident, Turner also arrested an 8-year-old on the same charges.

“There will be an internal investigation regarding these incidents,” Miglio said. Why? Because Turner didn’t policy guidelines. The department’s guidelines say that one needs approval from a watch commander to arrest any child under the age of 12.

In this case, Turner did not get approval.

What exactly happened at the school, prior to the first grader’s arrest? The child, who attends Lucious and Emma Nixon Academy, a charter school in Orlando, had been throwing a tantrum. Which sounds pretty normal for a literal six-year-old.

Obviously, this little girl’s grandmother has her back. But that’s still a whole lot of trauma for a young child. We don’t know the details of this “tantrum,” but it’s safe to say that in absolutely no scenario should this little girl have been arrested.

The child was released from custody—a tough sentence to wrap one’s head around—and brought back to school before being processed, according to the Orlando Police Department.

"No 6-year-old child should be able to tell somebody that they had handcuffs on them, and they were riding in the back of a police car and taken to a juvenile center to be fingerprinted, mug shot," Kirkland stated.

You can check out the full interview here: