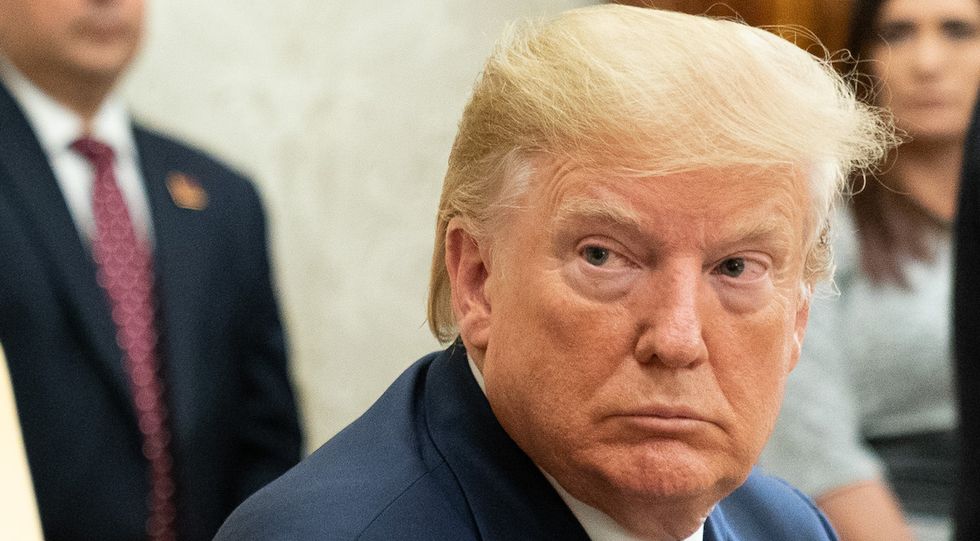 Thousands of absentee ballots could be uncounted in upcoming elections thanks to President Donald Trump's objection to a treaty which governs the international mail exchange for nearly 200 countries.

Citing disapproval of shipping rates it says unfairly favor China, the White House is weighing a potential withdrawal next month from the Universal Postal Union (UPU), a United Nations agency which allows for global postal service.

Without U.S. membership in the UPU, overseas voters could face high shipping rates for mailing their ballots as well as mass confusion, which could leave thousands of votes uncounted in 2019 and 2020.

"Military and overseas citizens already face enormous hurdles casting their votes," Matthew Weil, director of the Bipartisan Policy Center's Elections Project, told The Washington Post. "These citizens may be forced to pay up to $70 to return their ballots via private shipping companies, and it's not clear all states will accept ballots delivered this way."

"The White House's latest gamble with the economy is a quintessentially Trumpian move."

—Brian Klaas, Washington PostOriginally formed in 1874 to support the international mail exchange, the UPU will gather for a summit this month in Geneva, where the 192 member states will discuss changing shipping rates. The U.S. plans to withdraw from the union if new rates can't be negotiated—a move which could have a cascading effect on U.S. democracy.

"If the United States withdraws, the country in which you are located may not deliver the mail ballot packet that we send, or timely return your voted ballot to our office," Colorado election officials wrote recently to absentee voters who cast ballots in the state. Officials advised voters to update their voter registration to ensure their ballots are delivered electronically in November's election.

The UPU keeps shipping rates low for developing countries. It has allowed China to ship internationally at low rates for five decades, even as the country has emerged as an economic superpower.

In Geneva, the White House plans to push a proposal allowing countries to set their own rates, in which case it may raise shipping rates for China, setting off "a new front in the trade war using the postal system," wrote Brian Klaas at the Post last Friday.

If the measure fails, Trump reportedly plans to back out of the treaty. The administration has been planning the move since last October.

Election officials have begun warning voters of the possible change.

In some states the deadline for sending absentee ballots overseas for the 2019 election will have passed by the time the UPU meets beginning on September 24. If the U.S. pulls out of the union after the meeting, thousands of voters may have incorrect information when they mail their ballots.

"The White House's latest gamble with the economy is a quintessentially Trumpian move: a bold threat to walk away from a multilateral agreement that works pretty well, while ignoring the unintended consequences that could hurt American business, alienate allies, and cause collateral damage to democracy," wrote Klaas.

More than 350,000 Americans voted via absentee ballot in the 2018 midterms, mostly with postal ballots.