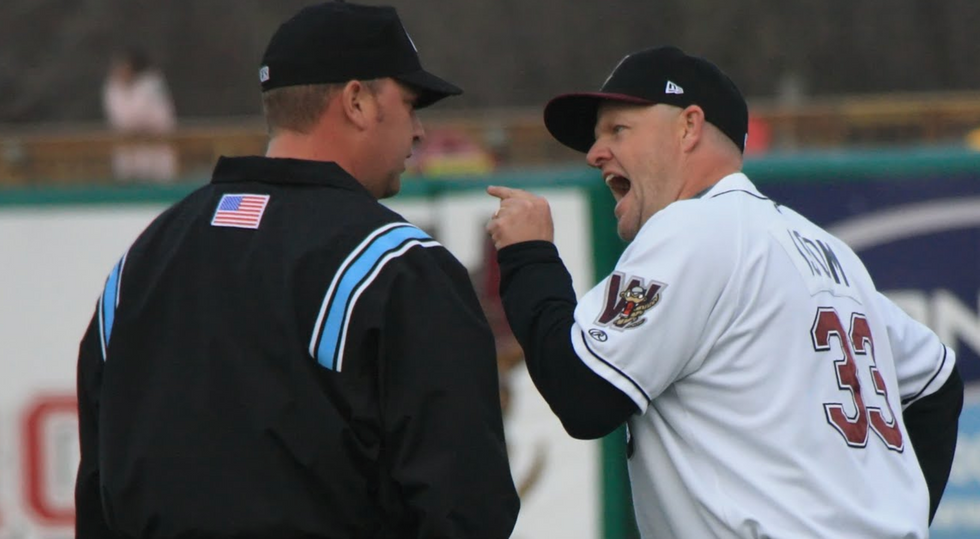 Since 1983, Kim Karsh has helped baseball teams deal with an inconvenient fact of the modern economy: Almost everything you need to play America’s homegrown sport is now made in China, from cleats to batting helmets.

Lately, supplying the game’s amateurs and fans has gotten more difficult. Karsh owns California Pro Sports in Harbor City, California, where invoices for big customers now include a caveat: Prices are up due to the Trump administration’s tariffs on Chinese imports, and they could rise further on short notice.

“We have to explain to our customers that the trade war affects them as it does us,” Karsh said. “We can pass on pretty much everything to the consumer. The problem is, now they will shop lower-quality items. Some understand, and other people don’t.”

Although duties set to kick in soon will affect all manner of sports equipment that hasn’t been made in America for decades, baseball enthusiasts are perhaps affected most because so many items are needed to play the game.

Baseball caps were hit first by the third round of China tariffs that went into effect at 10% last September and rose to 25% in January, on top of the 7.5% base tariff. Those added about a dollar to the cost of a hat, Karsh said. Trump’s tariff will rise to 30% in October, bringing the total to 37.5%, and possibly causing another price increase.

Retail prices for metal bats have already risen $5 to $10 each, Karsh said, even though a 10% hike on bats and other sporting goods was put off until Dec. 15 as the Trump administration made a concession to the Christmas shopping season. On Aug. 23, President Donald Trump said he would jack up the levy to 15%.

Baseballs themselves faced tariffs starting Sept. 1, and although Karsh said prices haven’t increased yet, he’s expecting to add between $3 and $5 per dozen. “If you can buy now that would be a plus,” Karsh told customers in August, figuring the only direction the tariffs will go is up.

Since the sporting goods industry has become so dominated by Chinese imports, teams have little ability to shop around. Meanwhile, equipment is not the only mounting cost, with rising fees at municipal fields and less volunteer labor from parents. That raises the barrier to entry for a game that’s supposed to be accessible to everyone.

“Baseball is struggling. The expense of playing the game has gone up sky high,” said Charles Blackburn, executive director of the National Amateur Baseball Federation, a 105-year-old volunteer group that organizes teams and tournaments. “It’s a tax on top of a tax. They’re discouraging people from playing the game of baseball.”

The story of how baseball gear became a product of China is the tale of globalization, writ small.

In the 1800s, when baseball consisted of loosely organized leagues with few uniform standards, balls were made in a factory in Natick, Massachusetts, and sewn together by women who worked out of their homes. The manufacturer, Harwood, developed the iconic figure-eight seam design involving 108 stitches and horsehide tanned on the outskirts of town.

As baseball developed, the major leagues standardized their balls and cut exclusive sourcing deals, first with Spalding and then with St. Louis-based Rawlings. Partly owned by Major League Baseball, Rawlings is now the nation’s largest supplier of baseball gear, and also a heavy importer from China.

Even slight alterations in baseball materials and construction can lead to heated debates, fueled most recently by a rise in home runs that some have theorized may have to do with the 5-ounce spheres having less drag. But the physical ball hasn’t changed much since 1977, when Rawlings officially started producing them for both the National and American Leagues. A cork center is coated with rubber, wound with hundreds of yards of wool and cotton yarn, and finished with hand-sewn leather. Since it remains a labor-intensive process — with no machine yet able to navigate those 108 stitches — manufacturers have moved around the world in search of lower wages and higher-volume suppliers of raw materials with less toxic production processes.

“We had the facilities and the know-how,” said Bill Sells, senior vice president for government affairs at the Sports and Fitness Industry Association. “And as the market developed, others became proficient at making balls, and it went overseas.”

While the major leagues won’t be affected much by tariffs on Chinese imports, everyone from Double A players down through the office softball team will be.

Rawlings made its balls in Puerto Rico until the 1960s, when it moved to Haiti — along with other ball manufacturers, like Wilson — in search of lower labor costs. As workers in Haiti agitated for higher pay and the political situation destabilized, Rawlings then moved production to Costa Rica, where balls are still produced for the major leagues and Triple A teams.

But in 1994, Rawlings started sourcing lower-end balls for mass consumption in China. Now, America imports $69.5 million worth of baseballs and softballs from China annually, compared with $18.5 million from the next-largest supplier, Costa Rica.

Only one company still produces baseball gloves in America — Texas-based Nokona, which sells mitts for hundreds of dollars each. Wooden bats are still produced in the U.S., which is rich in lumber. But metal and composite bats are largely made in China, and those are the ones used by club and school leagues with the tightest budgets.

Although U.S.-based sporting goods companies now produce almost none of their own gear, increasing the cost of imports from China could still jeopardize thousands of U.S. white collar jobs in design, product development, and sales and marketing.

Rawlings, which declined to comment, argued against tariffs in a June letter to the Office of the U.S. Trade Representative. It said that if tariffs were imposed, “entire product lines” could be eliminated, and job losses within its 670-person domestic workforce would be “inevitable.”

So far, no major manufacturers have responded to Trump’s tariffs by saying they will move their supply chains out of China. Baden Sports, a family-owned sporting goods manufacturer based in Renton, Washington, tried to rush its orders to get inventory through customs before new duties take effect. After that, CEO Michael Schindler says they’ll try to distribute increased costs.

“We’re working hard with our suppliers to help alleviate the hit,” Schindler said. “The Chinese government changes the currency to account for about 2%. Then you pass a couple percent on to your customers, and you might eat a percent or two. Everybody participates in the pain. It’s in everybody’s best interest to keep the thing going.”

But Schindler acknowledged China may not be his company’s last stop. As China moves on to higher-tech products like electric cars, Schindler said, the painstaking work of ball manufacturing may migrate to nations earlier on in their industrial evolution, like Bangladesh and Malaysia — just as his company shifted from Taiwan and South Korea in the 1980s to Japan and on to China. For his next move, Schindler is thinking about someplace closer to his customers, like Mexico or the Dominican Republic.

The problem is, other countries don’t have the labor force or the port capacity yet to handle a total exodus from China. Also, relationships with suppliers are hard to build: Baden has worked with the same Taiwanese-owned company since 1979, as it moved with him from country to country. It’s easier to relocate within Asia than to move halfway across the world — especially when the tariff situation seems to change from week to week.

“If you’re not thinking about it, you’re nuts,” Schindler said. “It’s almost impossible to do anything about it quickly. And partially because when the tariffs were first talked about, you never really knew. It’s really hard to make hard and fast decisions when you really don’t know.”

Uncertainty also faces most baseball teams and leagues as they plan next season’s purchases.

The Fort Wayne TinCaps, a Class A team, has braced for a cost increase. The team bought 8,160 balls last year at $53 a dozen, which comes to $36,040. Rawlings has an exclusive contract to supply the TinCaps with Chinese-made baseballs, so there’s no way to bargain down the price. Although the TinCaps share the cost of bats and balls with their major league affiliate, the San Diego Padres, collectively the tariffs could mean a significant cost increase by next year.

And that could also affect the fan experience, from Double A teams on down, said team President Michael Nutter. One of the traditions of these games is tossing balls out to eager fans, which can get expensive if prices rise.

“I know some teams and operators are really strict with the baseballs and discourage players from throwing them to fans and trying to protect every single baseball,” Nutter said, while noting that he’ll continue to encourage fielders to be generous. “Really, to us, this is a cost of doing business.”

Youth sports have even less wiggle room. Tariffs have been on the minds of school baseball team managers across the country, many of whom operate on fixed budgets from local governments, dues paid by parents and ticket sales.

“Anytime there’s an increase in equipment cost, it gets passed on to the gate, or you have another fundraiser,” said Shelton Crews, executive director of the Florida Athletic Coaches Association. “I know up here in Tallahassee, parents have to raise so much money or make up the difference in cash.”

At a certain point, increased prices will translate into lower sales, especially for the mom-and-pop shops like Karsh’s that already operate on razor-thin margins.

“We can survive, but it’s very unfortunate what they’re doing,” Karsh said. “The manufacturers have put all their eggs in one basket. But there’s not much I can do about it. Not much anybody can do about it.”