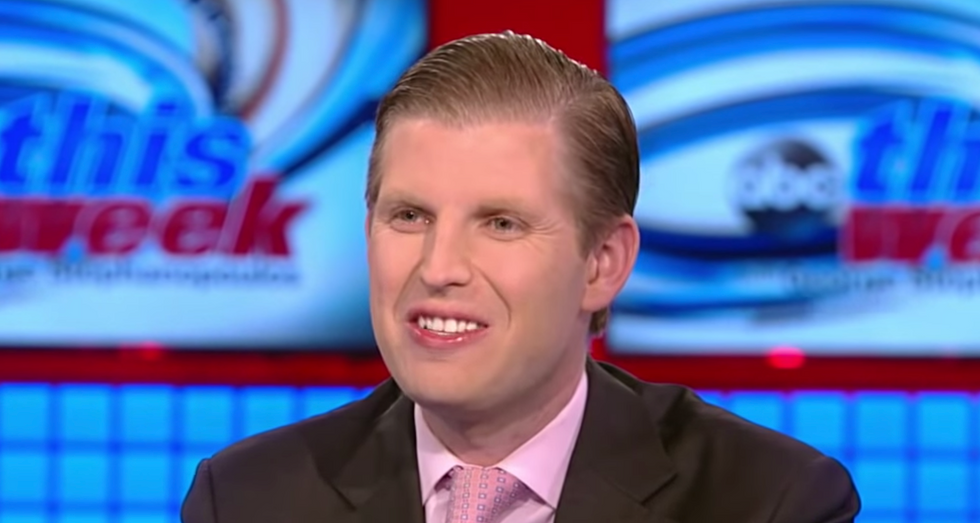 Eric Trump apparently has no clue how journalism works.

In an attempt to shame Washington Post reporter David Fahrenthold — one of the most dogged people covering the Trump family business and erstwhile "charitable" foundation — the president's son shared an email the journalist sent to a Trump Organization employee.

He suggested sarcastically that Jeff Bezos, the founder of Amazon and owner of the Post, should be "proud" of the journalistic tactic involved, implying that there was something duplicitous about the email:

But there was absolutely nothing damning or dubious in the email at all. It was cordial and respectful, being entirely frank about his intent and opening up avenues for the employee to explore if he has information to share confidentially. This is an ideal example of how investigative journalists do their jobs. It's often painstaking work that involves pursuing countless dead ends, and it's the kind of work Fahrenthold is known for executing to tremendous success. (He even won a Pulitzer Prize for his reporting on the Trump Foundation.)

It's not clear what Eric Trump actually thought was objectionable, except maybe the idea that Fahrenthold was offering to speak "on background" or use secure lines of communication. But typically, when the president's defenders criticize anonymously sourced reporting, they suggest that these sources are fake. Offering protections to genuine sources is widely accepted journalistic practice — for good reason.

Instead of humiliating Fahrenthold, Eric Trump just revealed more of the process behind his scrupulous work. And he showed himself to be completely ignorant of how the news media actually functions.

This is an extraordinarily standard, to the point of almost boringly boilerplate, way to reach out to a potential s… https://t.co/nIQmyqk61a
— Kyle Cheney (@Kyle Cheney)1567800390.0