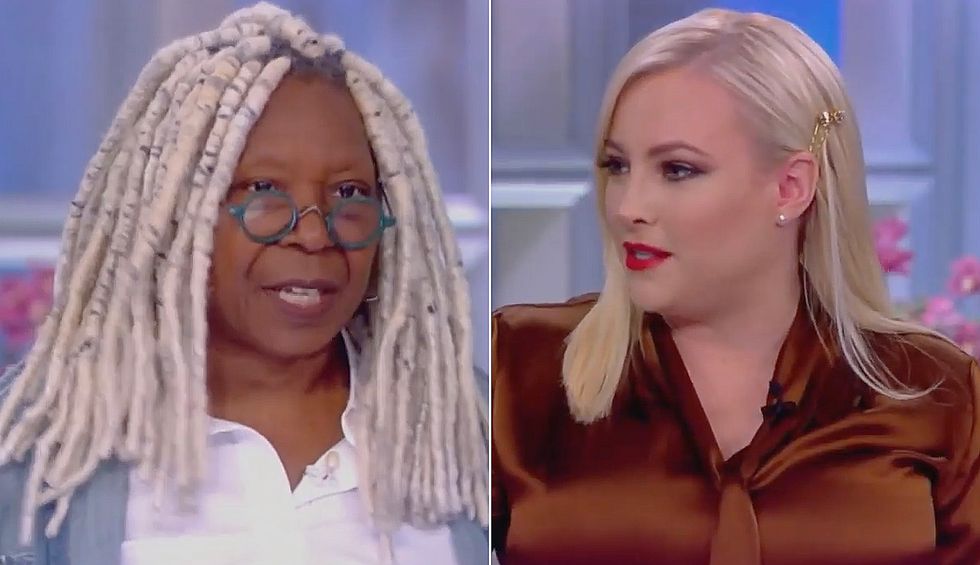 Meghan McCain, one of the conservative voices on “The View,” often gets into testy debates with her co-hosts, especially liberal Joy Behar. And on Tuesday’s broadcast, McCain and Whoopi Goldberg had a debate over the Ukraine controversy involving President Donald Trump and calls from some Democrats for his impeachment.

McCain recalled that when George W. Bush was president, some Democrats were calling for his impeachment — and those memories are resulting in a sort of impeachment fatigue among GOP voters in 2019, the GOP activist argued.

McCain told Goldberg, “I’ve watched a lot of clips of ‘The View’ from when Bush was running, my dad was running and Romney was running — and it sounds a lot the same. You were calling for Bush’s impeachment at one time. So again, there’s a certain point where Republicans watching — just bear with me. When Republicans are watching, you’re sounding an alarm at all times. So it’s hard to differentiate between who you think you can trust because ten years ago, you couldn’t trust Bush, you couldn’t trust Romney.”

Goldberg, however, stressed that she wasn’t playing partisan politics or singling Trump out simply because he’s a Republican.

Goldberg added that she liked the fact that Bush “had a plan for the border” and got her “butt kicked” by Democrats during the 2000s for giving him credit for that.

McCain, recalling how critical Democrats were of Bush in the 2000s, asserted, “The nostalgia for Bush right now always entertains me.”