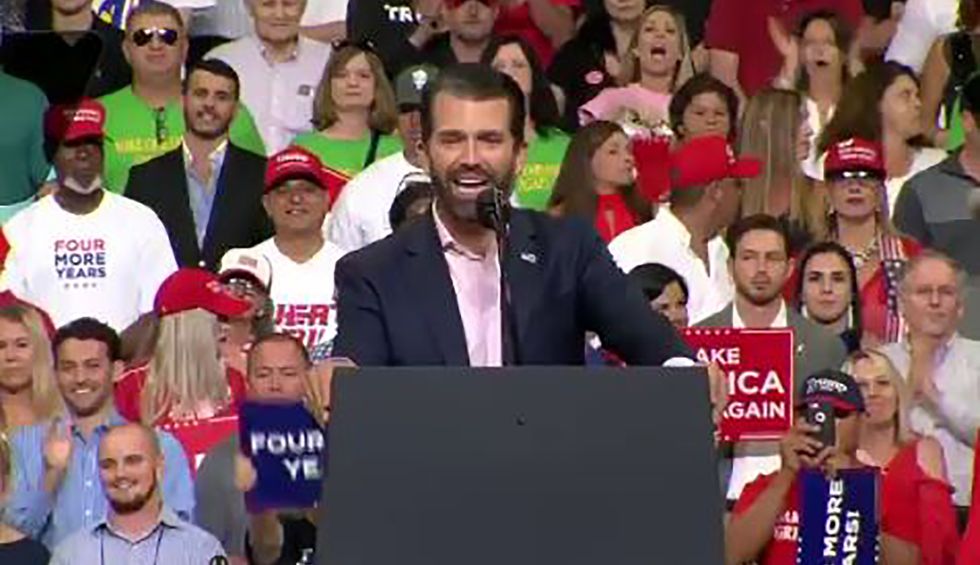 Like it or not, warned Republican strategist Rick Wilson, the president’s eldest son is running for the GOP nomination in 2024.

Donald Trump Jr. has been traveling the country for fundraisers and other events for Republican candidates, and he often appears on “Fox & Friends” to plug his upcoming book, “Triggered,” which signals he’s considering a run in his family’s new business, Wilson wrote in a column for The Daily Beast.

“He is fluent in the language of whining, dickish grievance-mongering, which has replaced modern conservatism,” Wilson wrote. “Whether the GOP wannabe 2024 field knows it or not, it’s DJTJ’s opening shot for the 2024 nomination.”

It’s not implausible that President Donald Trump’s son would run for the White House, and maybe win the GOP nomination, regardless of the outcome of next year’s election.

“For GOP candidates who think they’re going to finesse this one somehow, or blow up Trump Jr. in 2024, may I remind you of the hell of 2016?” Wilson said. “This time, the cult you fear so much will listen to its leader and support the dynasty. Trump’s royal fantasies won’t wait, and no matter how much any other GOP candidate has polished Donald Trump’s knob in the past years, he’ll throw them under the bus for his spawn.”

Wilson said the president’s son might even have a better shot at winning the nomination in five years if Trump loses his re-election bid.

“Every single one of these candidates will spend the year before the election posturing and posing as the sole heir to Donald Trump’s legacy,” Wilson wrote.

“Making the pivot to the general election won’t just be difficult; it will be laughable,” he added. “Imagine trying to make the jump from ‘I would let Donald Trump dry hump my wife in broad daylight if he would tweet something nice about me’ to the era of ‘Trump has passed and I will lead a Republican party as it seeks to bring all Americans together as one to face the great national challenges ahead of us.'”