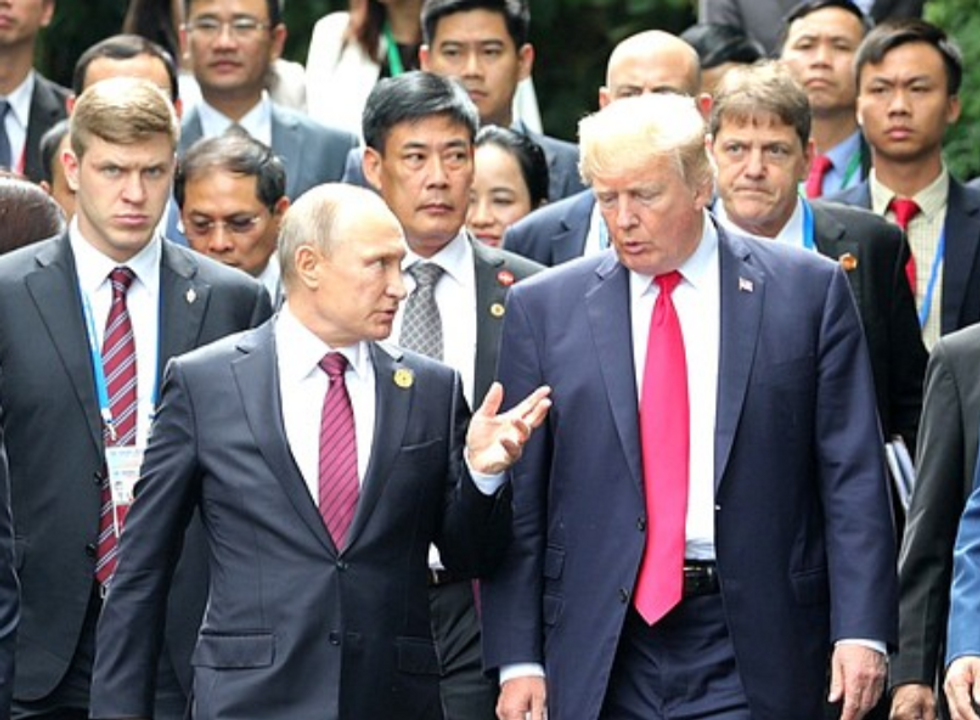 This week, the biggest bombshell in the United States’ intelligence community was the revelation that in 2017, a U.S. spy was removed from Russia because intelligence officials believed the person was in danger — and feared President Donald Trump could not be trusted to keep the spy’s identity a secret. The revelation, Sonam Sheth reports in Business Insider, has sent shockwaves through U.S. intelligence.

Robert Deitz, a former attorney for the Central Intelligence Agency (CIA) and the National Security Agency (NSA), told Business Insider that his immediate reaction to the news was, “I told you so. Loose lips sink ships, and Trump has the loosest lips.”

Nonetheless, Deitz found it “difficult to fathom” how, in 2017, things reached the point where the spy was believed to be in danger.

“For most of us, in order to gain access to this kind of information, we go through countless briefings in which desk tops are pounded saying how important and how dangerous these secrets are. By contrast, the president is provided with this by virtue of his election, and this president in particular has no understanding how dangerous it is to share this information with the bad guys.”

According to the New York Times, the spy was a mid-level official who had been moving up in the Russian government and even had access to Russian President Vladimir Putin. But after Trump’s meeting with senior Russian officials in the Oval Office in May 2017, U.S. intelligence decided that it was too risky to keep that person in Russia any longer. CNN has reported that Secretary of State Mike Pompeo, who was CIA director at the time, feared that too much information about the spy was leaking out.

Frank Montoya, Jr., a former special agency for the Federal Bureau of Investigation (FBI), told Business Insider that it “would not surprise me at all” if Trump’s actions played a role in the decision to remove the spy from Russia.

Montoya told Business Insider, “Not only was there this particular meeting with the Russians (in May 2017), but what about (Trump’s) one-on-one encounters with Putin? What did Trump give up in those meetings that could have compromised sources and methods?"

Glenn Carle, a former CIA agent who has been highly critical of Trump, told Business Insider he believes there is “overwhelming” evidence that Trump was “at least compromised by Russian intelligence.”

Montoya fears that in the future, spies for the U.S. will be “rethinking” their work.“If an asset was extracted, what does that mean for those who remained behind?,” Montoya told Business Insider. “Are they rethinking their relationships with the U.S.? Are they refusing to talk to us anymore? Are others rejecting our approaches because we can’t be trusted?”