'Definition of insane greed': How fossil fuel corporations are gambling big on the collapse of global climate progress 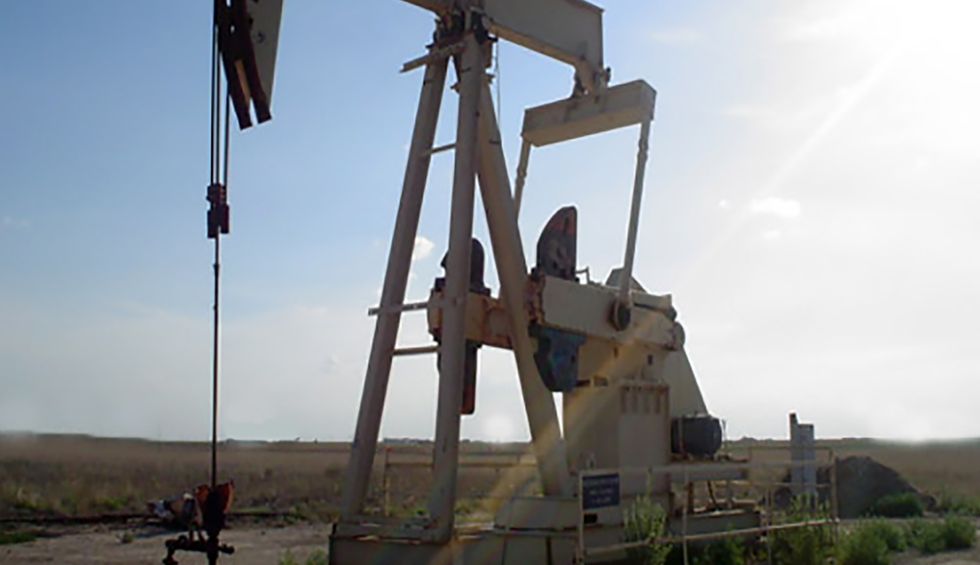 Despite outward claims from the fossil fuel industry that it shares the public's concern over the rapidly warming planet, a new study shows that oil and gas companies are actively and aggressively undermining climate targets agreed to by world governments.

The thinktank Carbon Tracker released a report entitled "Breaking the Habit" on Thursday, detailing the immense investments powerful companies like ExxonMobil, Shell, Chevron, and BP have continued to make in offshore drilling, tar sands, and fracking projects in the years after nearly 200 countries agreed that the warming of the globe must be limited to 1.5 degrees Celsius.

The companies have invested $50 billion in climate-warming fossil fuel projects since the beginning of 2018, according to the report.

"Every oil major is betting heavily against a 1.5C world and investing in projects that are contrary to the Paris goals," report author Andrew Grant told The Guardian.

Author and 350.org co-founder Bill McKibben shared The Guardian's report on the study on social media, saying its findings detail the "insane greed" of the fossil fuel industry at the expense of the planet.

Important new study from the folks @CarbonBubble: the oil majors are all betting huge sums on projects that will gu… https://t.co/0yCNnoWVVL
— Bill McKibben (@Bill McKibben) 1567791203.0

At least 30 percent of the companies' investments over the past two years have gone towards the kinds of energy projects that have been found to pump as much as 37 billion tons of carbon into the atmosphere per year as well as endangering marine life, drinking water sources, and people who live near fracking and pipeline projects.

"Last year, all of the major oil companies sanctioned projects that fall outside a 'well below two degrees' budget on cost grounds," the report reads, referring to the goal of keeping global warming under 2 degrees Celsius above pre-industrial levels—and more ambitiously, under 1.5 degrees.

"These will not deliver adequate returns in a low-carbon world," Carbon Tracker said.

The continued investments in new fossil fuel projects come three years after the Paris climate agreement entered into force, when the E.U. pledged to reduce carbon emissions by 40 percent compared to its 1990 levels and the U.S. agreed to slash its emissions by 28 percent below 2005 levels by 2030.

Since the agreement was forged fossil fuel companies have claimed to be working towards reducing their emissions.

"We agree that the world is not moving fast enough to tackle climate change," a spokesperson for Shell told The Guardian. "As the energy system evolves, so is our business."

Critics on social media said Friday that Carbon Tracker's report demonstrates how, with Shell's plans for a $13 billion natural gas investment and plans by BP and ExxonMobil to invest in an offshore project in Angola, profits still trump preserving the planet for powerful companies—priorities which will cause suffering for communities that have contributed the least to the climate crisis.

"None of the largest oil and gas companies are making investment decisions in line with the global climate goals," tweeted the group End Water Poverty.

Grant suggested that shareholders at Exxon, Shell, and other oil and gas companies must urge executives to shift away from emission-causing projects.

But others on social media said the power to stop companies and their wealthy investors lies with policymakers who need the political will to bring the fossil fuel sector to heel.

"These dirty fossil fuel companies are not getting the message, let alone acting on the urgency of the climate crisis," wrote British Green Party co-leader Jonathan Bartley. "But it is governments who must hold them to account, and end the subsidies that are funding their environmental destruction."