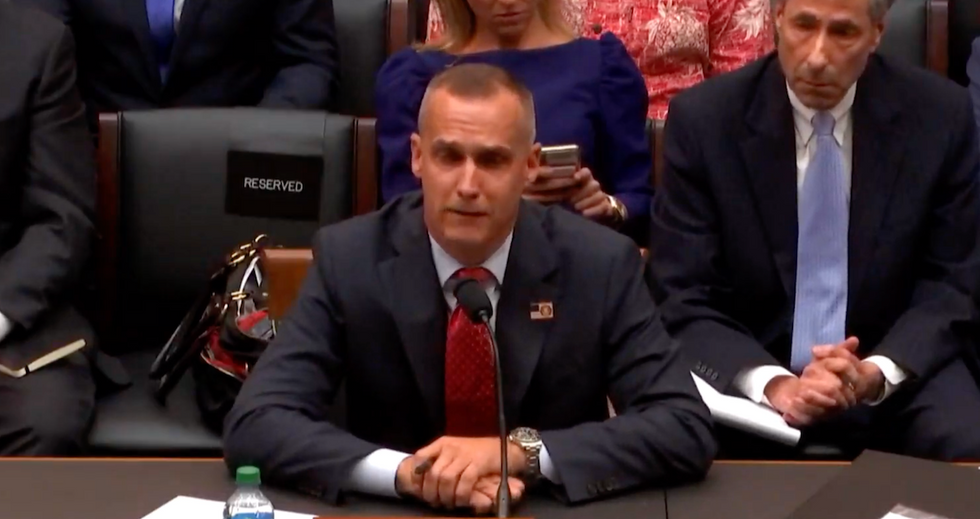 Barry Berke, a lawyer for the House Judiciary Committee raked former Trump campaign manager Corey Lewandowski over the coals on Tuesday in a contentious exchange over his lies and his actions described in the Mueller report.

At one point, as Berke pressed Lewandowski about his apparent lie to the media in March 2018 when he had claimed that he hadn't been asked to speak to Mueller's team. Lewandowksi was interviewed shortly the next month, indicating he has likely already been contacted by Mueller. Berke also pressed Lewandowski on a claim he had said on MSNBC that he didn't remember the president ever asking him to "get involved with Jeff Sessions or the Department of Justice in any way, shape or form ever."

This claim was directly contradicted by the Mueller report, in which a key act of potential obstruction of justice involved Trump directing Lewandowski to have the then-attorney general intervene in the Russia investigation.

“I have no obligation to be honest to the media because they’re just as dishonest as anybody else,” Lewandowski said when the discrepancies were exposed, his voice cracking.

Berke also pressed on tensions between Lewandowski's testimony and the Muelle report. Lewandoski claimed that, when Trump asked him to get then-Attorney General Sessions to curtail the Russia investigation, he asked the AG to meet outside the Justice Department because he wanted to have a "casual dinner." However, the Mueller report cited Lewandowski saying he didn't want to have a meeting in the Justice Department because he didn't want a public log of the event and he wanted an "advantage" over Sessions. Faced with these apparent contradictions, Lewandowski seemed spooked and twisted himself in knots to explain himself. He stipulated that, though he hadn't read it, the Mueller report is largely accurate.