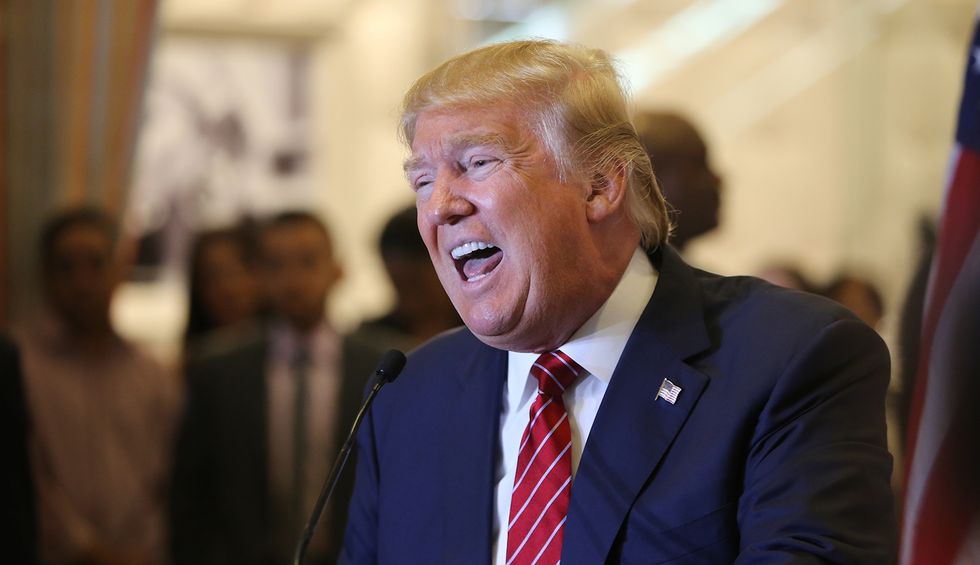 President Donald Trump still has millions of hardcore supporters who cannot wait to vote for him again in 2020, yet public opinion polls point to the fact that there are millions of other Americans who would love to see him voted out of office next year. Whatever happens in 2020, Trump has successfully reshaped the Republican Party in his Patrick Buchanan-influenced image, and journalist Philip Klein — in an interesting op-ed for the right-wing Washington Examiner — argued that Trump will continue to have an impact politically regardless of whether or not he is reelected.

“Getting reelected and having a successful second term would have significantly different implications for Trump’s legacy than losing in a landslide or eking out a victory and having a disastrous second term,” Klein asserts. But even if Trump isn’t reelected, the conservative journalist stresses, Republicans will still be paying attention to what he posts on Twitter.

“Let’s just say that Trump loses in a landslide in 2020, and the Republican powers that be are eager to leave him in the rearview mirror,” Klein writes. “One thing will guarantee that he remains a dominant voice in Republican politics and will make it much harder than usual for future Republican candidates to break away from him: his Twitter feed.”

Trump, Klein points out, had a huge Twitter following long before he decided to run for president — and he will continue to have one whatever the outcome in November 2020.

“Trump was an active Twitter user before running for president, throughout his campaign and during his presidency,” Klein explains. “He has used the forum to generate controversy and lambast his critics. There is no reason to believe that will stop when he leaves office and every reason to believe that with more time on his hands and fewer constraints, he’ll feel even more freedom to let it rip to his tens of millions of followers.”

Klein adds, “Trump is 73 years old; his mother lived until 88 and his father until 93. It’s quite possible that he could be tweeting for a very long time.”